TBH, this missive really was going to focus on an event I was invited to on Thursday. The event was the official opening of 6RLC memorial garden. (You may have seen boots with flowers inside them earlier ) Anyway, yes it was a lovely event, yes I saw and heard the wives choir, yes I watched Gurkhas perform a ‘kukeri’ dance, yes I listened to a speech by the queens envoy (but he flew a helicopter, not drove a boat Faith) sat next to wonderful people (one of them looked beautiful) and yes I got to realise that uniforms these days aren’t all wankers. 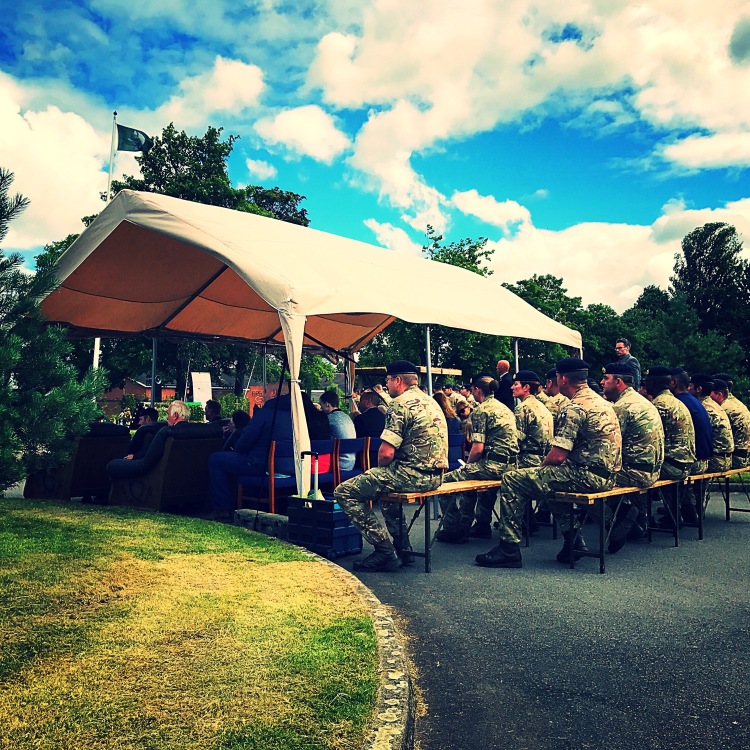 The focus of my venom though, the turd in my jelly and custard, was the totally inept work of the North Yorkshire highways commission wankstains. As I left the event, I headed towards the A1 (north) as it was my way home obviously. At the junction to the A1, I was presented with a huge sign telling me that the north bound entrance to said road was closed, so follow the diversion signs. No biggy, so I followed the yellow squares with the black cross, mile after mile I rode the byways and dirt tracks of the countryside, keeping the sun (what was of it) on my left I knew I was still heading north (even if I wasn’t on the road I wanted) 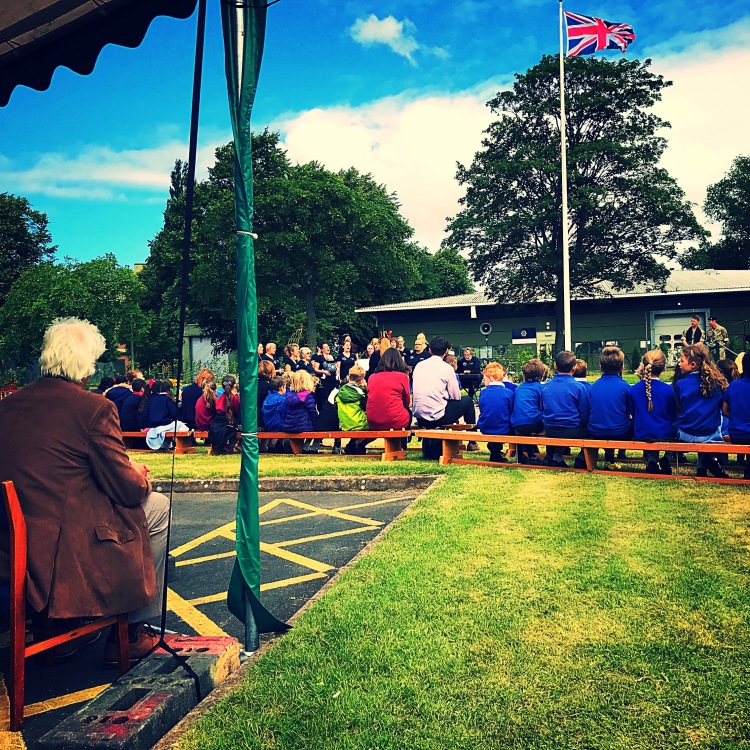 Another yellow sign, this time the road became more of a towpath. Not to worry, I followed them with the knowledge that I had at least twenty miles of file left before I needed a garage. The towpath widened into an A road, this was looking good until I noticed the sun was now on my right! A bit perplexed, I mentally shrugged and continued my journey. The road started to look familiar so I knew my worries were worthless. Right until I found myself back in the A1, going SOUTH. Signs telling me to take the next exit for the north, I took it, a sign told me the exit north was closed, folks the diversion. 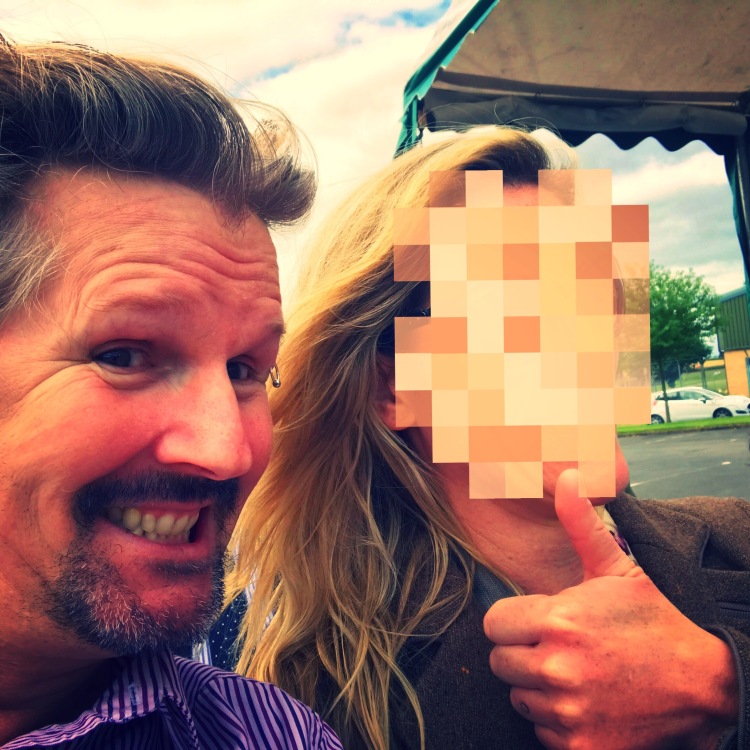 Twentyfuckingfivecuntingwankstained mikes later I was back for a SECOND time to the diversion. I must have missed something so I followed the signs again, this time slower, my fuel needle looked awfully relaxed and the sun seemed to circle my head like it was the fucking arctic. When the signs took me back to Dishforth, I cursed waking up that day. I cursed the woman who invited me to my own private hell, I cursed the local government workers who were surely taking the piss. I cursed EVERYONE, yes, even you, my fuel needle not only looked relaxed now, it looked positively wasted. (I’m sure my fuel tank started to implode). An hour, a fucking hour later, I ended up at a garage (brigade on possibly) as I opened my fuel cap, I was nearly sucked into the tank it was that empty. 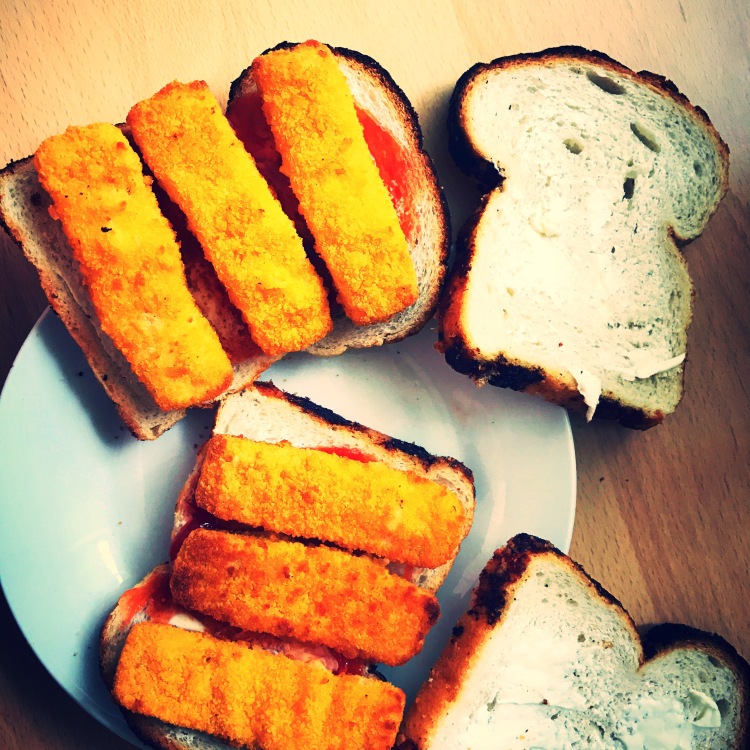 The sandwich above is only for educational purposes. When was YOUR last fish finger sarnie?? I bet you want one now 🙂