First off, let me lose some readers straight away! I don’t mind that a property BILLIONAIRE has taken up residence in the White House. He may not know how to run a country, but he knows how to make money and if he can bring the good old U.S of A back to prosperity (for the people) surely he will have done some good. Not to worry, the protesters all around the free world have their right to march around crying that they don’t line the way democracy has played out! It’s their democratically elected leaders party line to allow them to protest (as long as it’s something that they themselves would have you protest about), but there’s the rub…….

The countries WITHOUT democratically elected governments haven’t had those riots and protests! Why do you think that could be. Surely these washed up old hags of singers who have nothing left to offer this life know this? They don’t? They do! But would they protest if the outcome would be prison? A beating? Or public beheading for decent? I’m betting they won’t. As long as they have their homemade thrown inside their ivory towers, all manner of rich and shameless will contest that ‘ordinary’ people should rise up and make a difference. Well, you self centred pieces of human flotsam, they did! And all you do is whine about the fact you didn’t get your way! CUNTS!

That’s my public rant done, and I feel better, no I honestly do thank you 🙂 Right, onto the meat of my blog! PTSD kicked me in the bollocks the other week, it ran up behind me, tried to garrot me, failed, then jumped in front and launched its size 12 into my crotch. I didn’t even see it coming! I spewed my bile into the folk around me, but!!! I managed to realise what was happening AFTER the fact unfortunately, but at least I’m recognising stuff like that now. In the past I would have ignored the fallout of a red misted rant and carried on normal jogging! But now!!! Well now I can see how it affects me (is that worse? Like a lucid period in the life of an alcziemers sufferer, a brief second of realising you’re not the person you once were) shit, that made me well up! 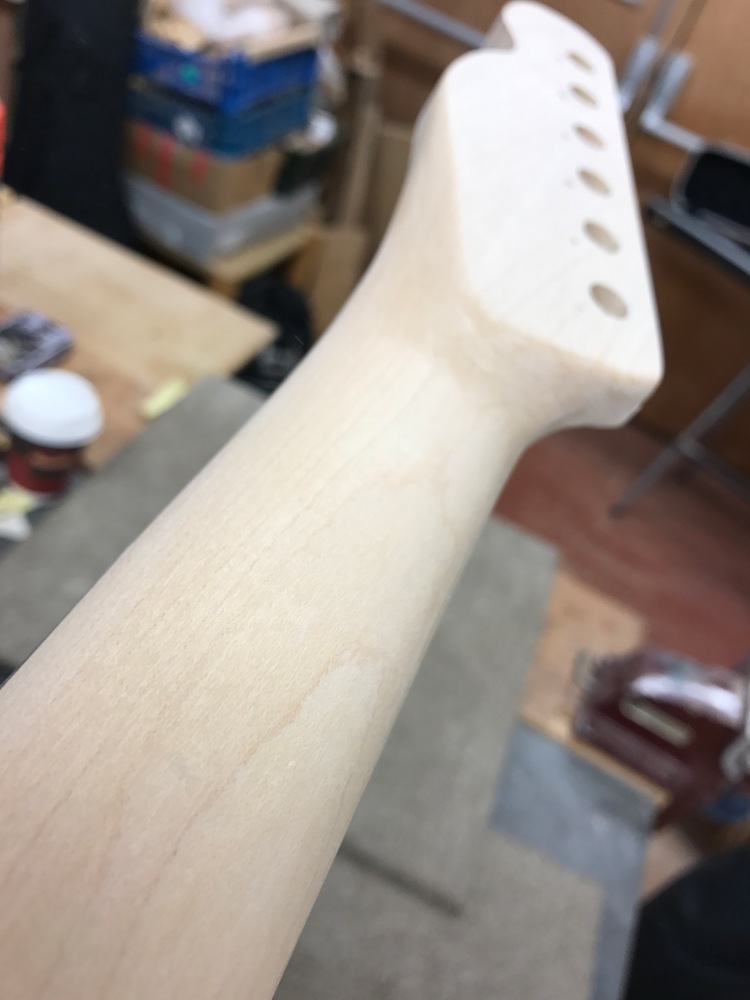 Anyroad up, to the chilled, more relaxed ending today! My guitar is coming on in leaps and bounds, three days of spoke shaving and sanding down (to 800 grit!!!) and the neck is ALMOST finished!! (Fuck sake I didn’t realise you could get white finger through sandpaper!) but the bugger is lovely. One of me mates has agreed to do the painting of it (as long as I do all the prep work) sanding the body down to a fucking glass finish before he doughs it up and starts priming! It’s going to look ducking awesome (might sound shite but I don’t care). Well that’s me done with this for the time being, I have English and sociology to look at right now. It could go either way this could!