Weather! British weather 🙂 (I’ll emphasise the way I feel about it) THE FUCKING SHITTY WANKY PISSING  BRITISH SHITE WEATHER) yes I got my washing all done this morning awaiting my first arms deal (more about that later) and I forewent the tumble dryer for a change! (Seeing as I had just found the off switch for my immersion heater yesterday (it’s been on for a year) I decided to go all fluffy/ environment friendly AND save some money) and what do you know, it fucking rains!!!!! There was no mention of it from the cloud gods so I thought I was in for a good day! 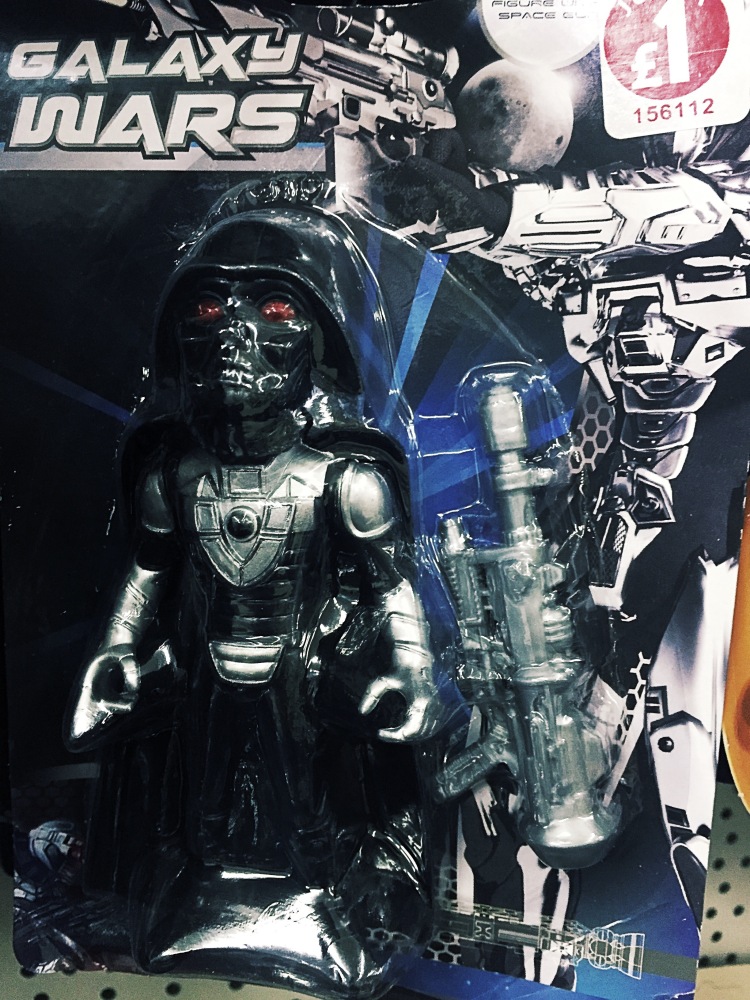 Topping that, I readied my bike for a blast up the coast to grab some lobster (yes lobster,  from some fishing town or other, I don’t know) but as with my line of semi dried clothing the seasons had other ideas. (I ain’t getting the car out now, it took me an age to get me leathers on) I do, however have to laugh at the boy and girl racers who rev their engines on their German cars (the posh ones) and the little Suzuki ‘Twango’ or whatever the Chavs ride around in. Then the road gets a bit damp and they slow down to a ‘Driving Miss Daisy’ speed, unwilling to take me on (and I’m on TWO wheels)

You may see a little similarity in  these pictures with a prominent space/ Cowboy film that has been re enigised at the moment. (How can shops get away with this?) I thought it was fun anyway. Aha! My new career as an interstellar arms dealer. Well, since taking on the mantle of an imperial storm trooper, a few weapons have found their way into my possession. Namely the E11 blaster as used by these notoriously crap shots! 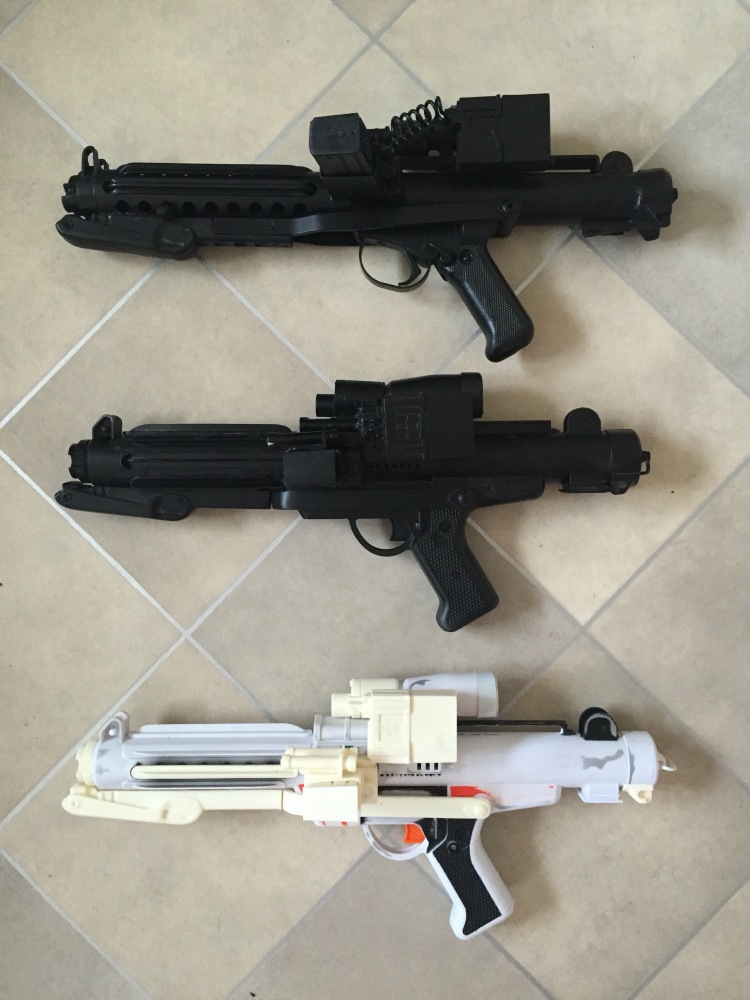 The top one is my original ‘Shepperton Studios’ model that cost me an arm and a leg! Well very nearly anyway! The middle one is (or was) my first go at resolving the issue of a cheaper blaster that looks like the real prop! (Not a bad effort if I must say so myself) and the third one is my W.I.P. (Which could possibly be going on sale soon too) and today (this fucking morning) my first buyer turned up, smiled and took possession of the middle blaster for his own collection! (Does that really cast  me as an interstellar arms dealer?)

So a point today? If you plan something, just do it, duck the weather, and the consequences. If you find others are never happy with your plans, just remember, they are YOUR plans 🙂 There’s a snippet of information for you 🙂