Well what an I say! Taxi to Morpeth,train to Edinburgh, then a walk to the hotel. Again, the sun was out and the skies were blue! ‘No jakies and no weegies too!’ (That last bit was for my Scottish mates up here). As journeys went, this one was always going to be an adventure! The first time in Scotland with me oldest and bestest mate and we didn’t have a clue where we were going! All I knew was we had a hotel name and a time for lunch! 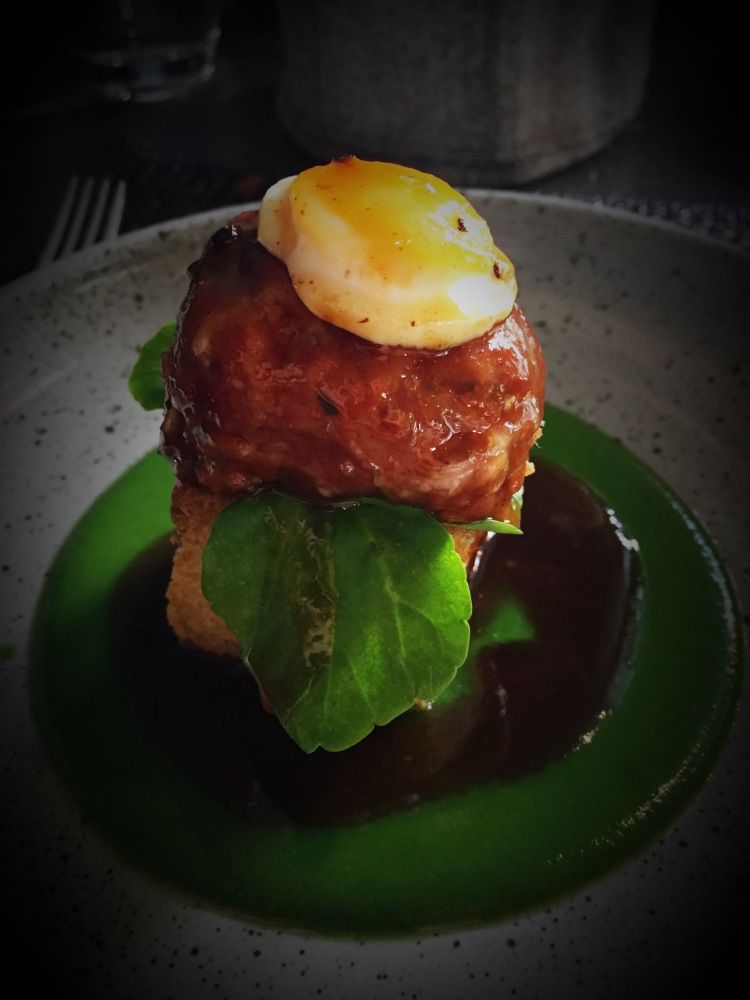 Three courses with wine (courtesy of H4H and Band Of Brothers) ended up a five course delight with whisky coffee and extra bits on top! But the creme de la creme of the trip was a walk into Toms Kitchen itself! I mean the kitchen where the food is cooked, not the Kitchin where you eat it, and getting to shake the hand of the two (I think it’s two, it could be three) Michelin starred chef! And fuck me was the food something else!

Starters tucked away with the appropriate glass of red, (and a whisky sour), oh and before that some biscuity stick things with a salmon dippy affaire (I can’t remember any of the names) followed by a sourdough bread and some kind of beautiful orange soupy vegetably pot! So!! The starter was the third plate of scoff! Well by then I was fucked! The wine waiter did his job and explained exactly where each bottle came from,  down to the actual vineyards owners wife’s tennis coach! The service just got better as the afternoon plodded on 😄 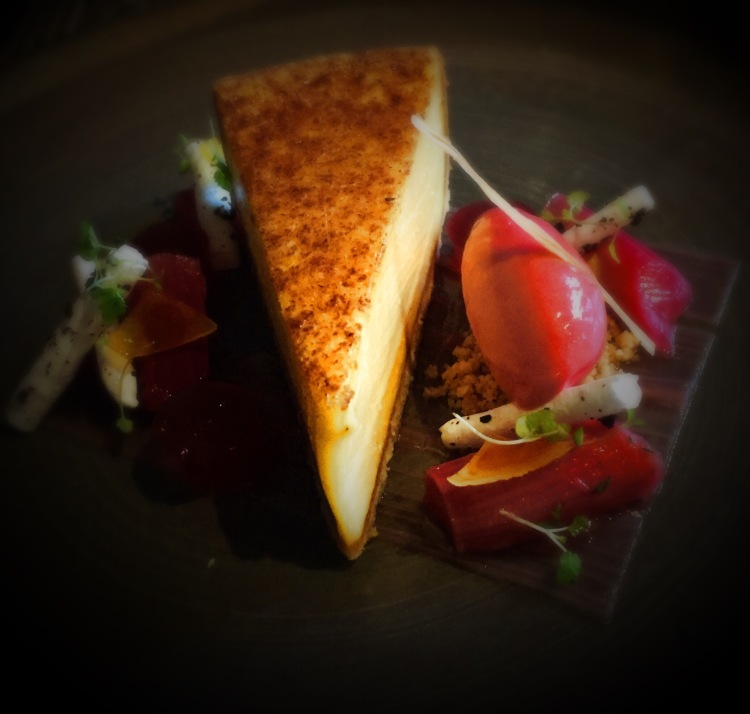 By the time the pudding course had materialised! I had troffed my way through a plate of Doe Deer! (Yup you read that right) bambis mum ended up on me plate under a blanket of pastry! (The red wine sauce knocked spots off anything I’ve made (and I usually get pissed on that)) then the pudding! Bugger me! I’ve eaten some gorgeous custard puddings before,but this knocked the socks off anything by anyone else (even me mam) I’ve never tasted rhubarb jelly that was so tart it turned my eyes inside out! And yet the wine kept coming!

I couldn’t get any more food inside me so when the dude in the suit asked if I wanted coffee at the bar, I was thinking he just wanted the table as it had taken three hours to eat what was put on the table! After a comfort break, I returned to my coffee and these Friggin sweets! I honestly felt like Mr Creosote who couldn’t eat ‘One last Waffer’ my daytime was done! I needed a nap. So a taxi ride to a train station and a walk back to the hotel was in order (fo what? I don’t know)

My point today! Well apart from saying thanks to H4H and BOB, I would like to tell you about one of the characters I met ‘On the streets’ (yes one of the multitude you pass everyday sitting in a doorway with a shabby blanket covering themselves from the cold! As you come out of Waverley station, right on the exit (a good as place as any) you will see a guy in a combat jacket! On his lap is a sign that tells you he is a veteran! In his eyes you see no drugs, just a guy who is down on his luck. I spoke to him, he was from 2RTR, yes the tankies with whome I spent my last years in the army with. If there are any RTR guys reading this and live in this area, find him and give him the direction he needs for your proud family values! I chatted for about fifteen minutes and gave him all the money in my pocket! There are too many veterans on the streets! There are too many people happy to walk by and ignore them. Just talk to them,hear their story and maybe you too can help them.