He’s back, ‘Rimmers’ only come home to his new house now Hasn’t he. Bless him all tucked up last night, warm and toasty with a blanket to keep his little tyres warm! (I’m loosing the plot aren’t I?) no matter, I feel happy that he’s just under my window again! Later Ill get the roofing felt nailed on (why don’t you use bitchimun anymore?) then when the weather turns a bit nicer, Rimmers house will be turned into a multicoloured abomination,  like me fence 🙂 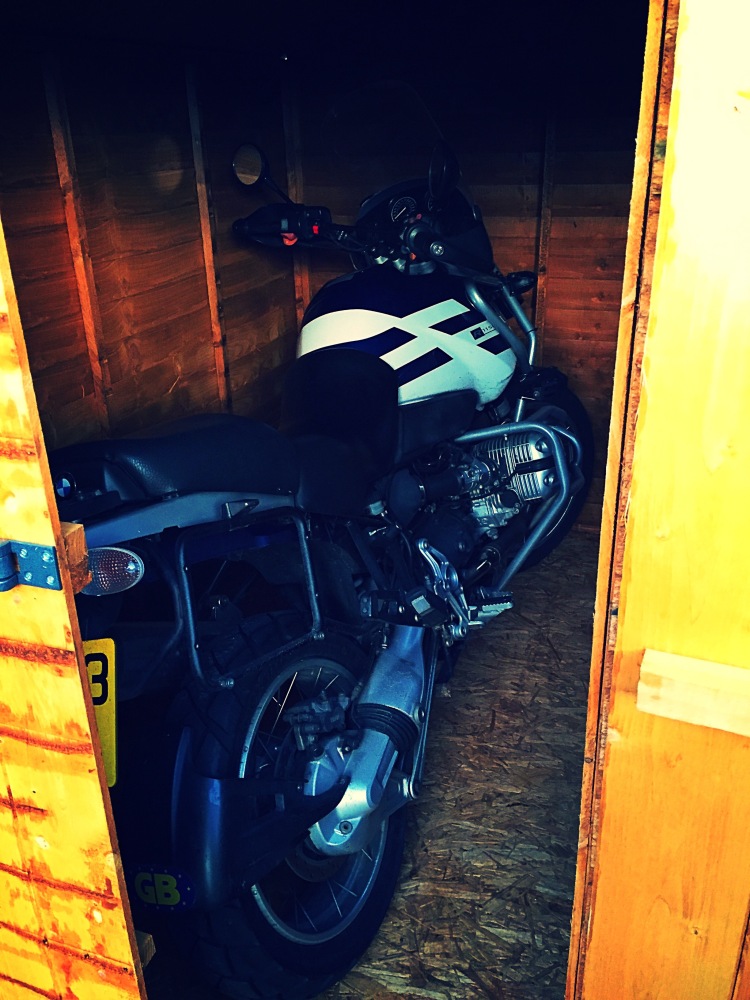 Getting the bike in was easy (although the the flooring made strange noises (a few more inches of wood methinks)) and he left a slight furrow (!) but he fit, just! Getting him out this morning however was a different story! At one point I was going to start the engine, knock him into first, Rev the bollocks of him and dip the clutch! Another door out the back!!! But no, I persevered! Much to my dismay! (I could end up hiding him around the back of the shed and keep other stuff in their!!!) 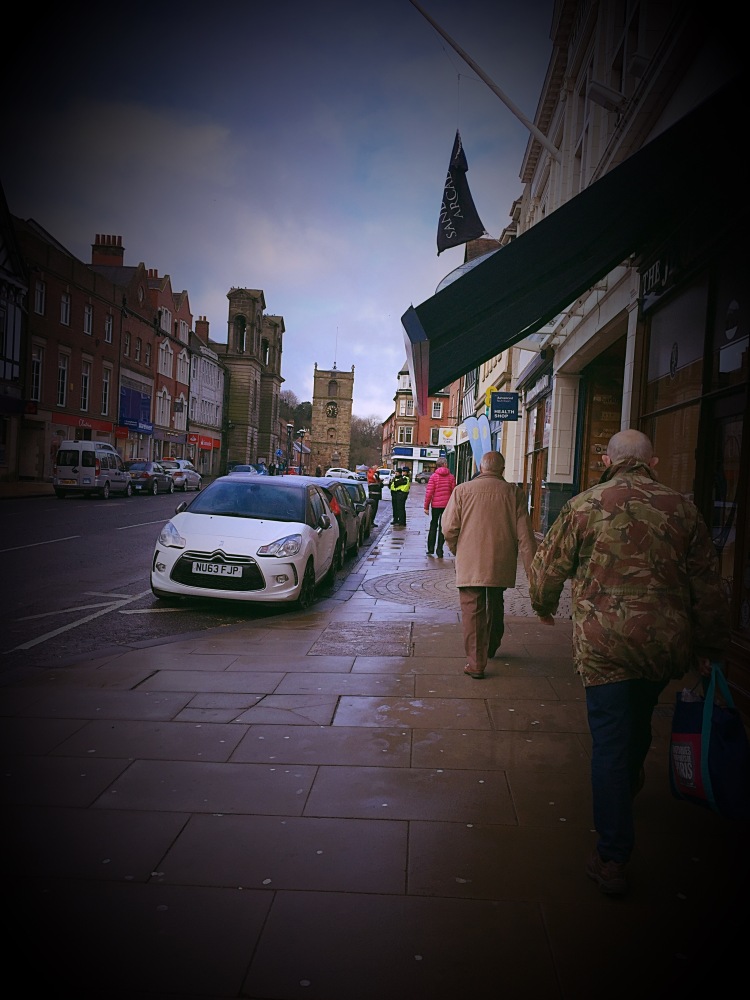 Anyway, my point, although I’ve only been off the roads for about a month! (Possibly not even that) I have noticed a rise in winter wankers in their cars! Now it seems that ALL types of vehicles have defective indicators, and the idea of spacial awareness on the roads is non existent! The skies arnt dark, the rain isn’t obscuring the view from the windscreen so why are the drivers of these vehicles completely oblivious to everything! If I can get some screen shots of dangerous drivers (young/ old, male/ female, British or foreign) I’ll post them on here and get the film on YouTube lol. I use a camera to cover myself from dicks like those.

So a rant about (more than two wheels) drivers! Sorry guys, I only speak about what I see in front of me. But enough of that! The skies are blue, the leathers are on and the bike is warmed up ready for a coastal run (sometimes it’s good being in the north, ain’t no storm up here today 😄) Storm Petunia or Jabawokky (or whatever this one is called) is all yours south 😉