Okay! I’ve started the reconstruction of “Bob”, for those of you that don’t know, Bob was the name of my Suzuki jimny in Cyprus, AND the name of my first road bike over 125cc, the name has now passed onto the bestest suit in my closet (not the gay closet). Storm troopers were originally all grown from the same DNA so they all looked the same! So how the fuck has every piece I own got subtle differences to every other piece? The left arm is a tad thinner, the thighs are differently shaped and the cod piece must have been made for ‘Dirk Diggler’ not ‘Dwayne Dibbly”. Apparently though, this is the price you pay for castings from the Origional mouldy from the films. Perfect in everyway and faithful to the 1977 release of ‘A new hope’ 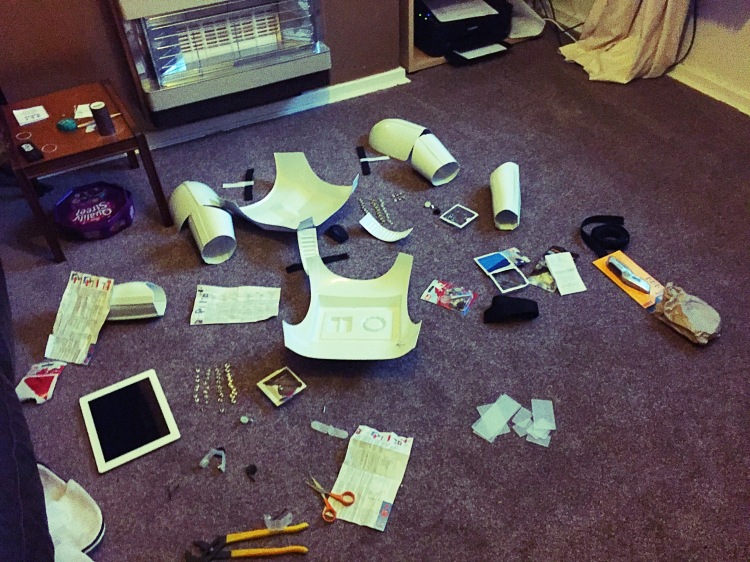 Tools and equipment bought (has anyone seen a haberdashery lately?) I needed press studs (or snap fasteners as the septics call them) now trying to get these is like trying to get the government to admit they are all thieving fuckers and give us all our money back) hens teeth speings to mind, anyway after a total round trip of fifty miles I had a packet of these illusive items. I knew I needed more, it was inevitable as I’m not a friggin dress maker and I was bound to break a few. 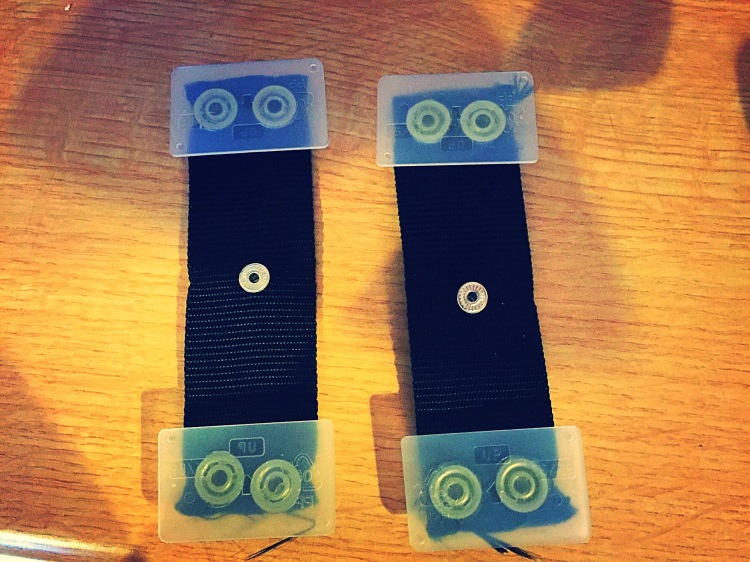 Quick drying ‘superglue’ was avoided as it would end up with me in A&E affixed to a friggin bit of white plastic (or me table). So I went with araldite! I was told it was great stuff, I was told it had a curing time long enough to move if I positioned stuff wrong. I was lied to. It’s shite! I would have had better results with a friggin Prit stick, or sticky back plastic. My next choice was a glue gun 😳 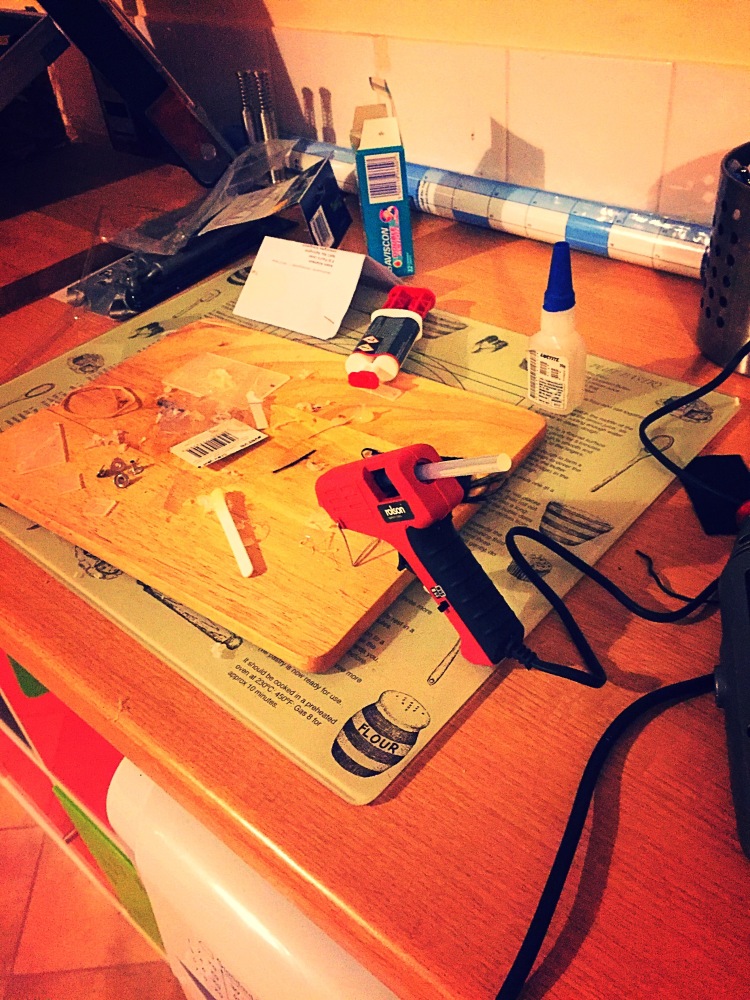 I should have used the superglue! Now seeing that it used HOT glue so the glue is HOT and it has ‘caution, HOT’ and it is, of course, A HOT GLUE GUN. None of this registered! So when I glued me finger to a press stud and plastic backing, I was quite taken aback by the sensation of extreme pain in the end of me hand, then the horrid plastic taste in my (now burning) tongue as I placed said finger in me gob to make it stop hurting! (They don’t tell you not to do that do they? All in all it was a pretty productive/ hurty/ happy day (and I hadn’t even used me super sharp scissors yet!)