Another late rise (the sleep is crap with these beds, and Tommy’s heavy breathing) so the daylight shone through my window for far too long again. This time, however, I had time for a cup of tea after I dressed meself in Mr Darcy clothes. Jodhpurs and riding boots were the order of the day (my arse was going to look good I can tell you) obviously a few laughs from the lads, but I could see they all envied my posterior (!!!!)

Getting to the stables was a sickly affair as I overheated in the van and looked around instead of forwards (travel sickness took me again, I felt ten) but eventually the glider field hoved into view so I knew I was good! Of course once out of the minibus, my lovely long lithe legs were on show again to the world, and a few giggles escaped the girls (well I could sense the wanting!!!!). A cup of coffee and some stretches were the first order of the day. Now I haven’t kept myself unfit at all since leaving the army, I’ve been a diver, a runner, a cyclist and a walker, so I am pretty attuned to what this old carcass can do. So it was with mirth and merriment I watched the others creak into some really strange positions. I, on the other hand, just did as I was asked and put my all into it. I nearly twisted me spine out of me pelvis!!!! 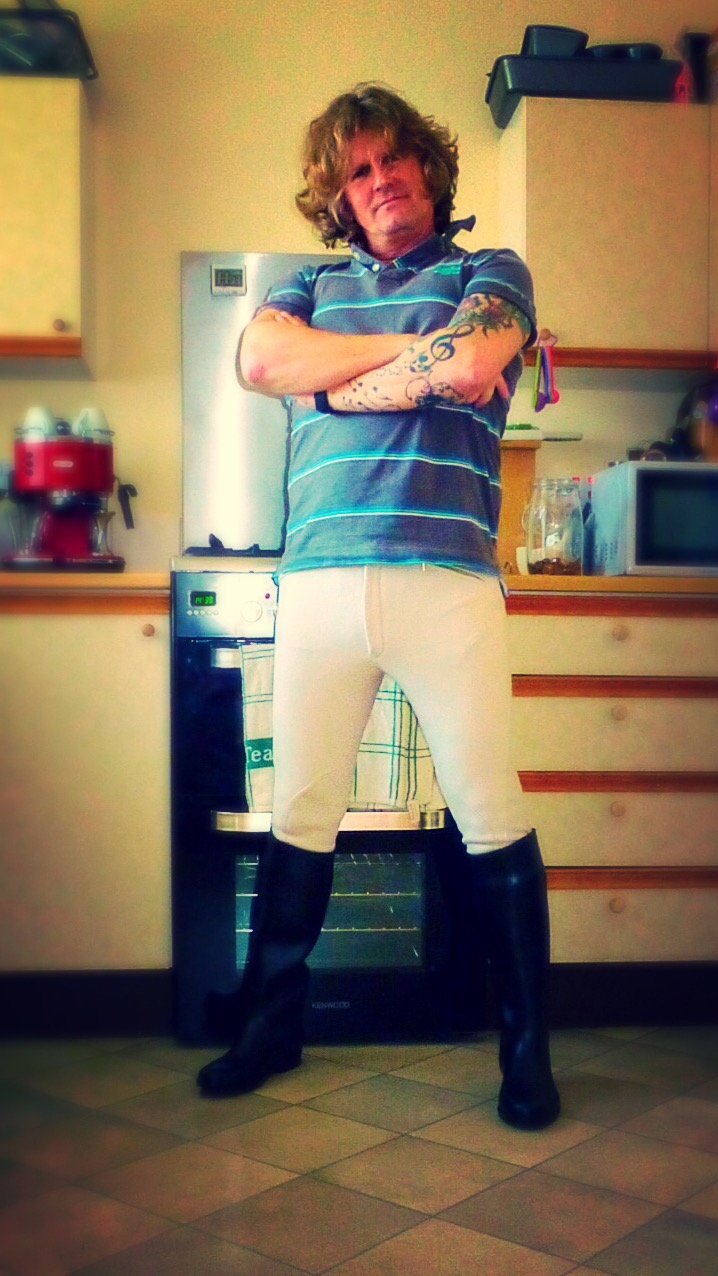 “Red” was the name of the orse I was paired with (I sound like a Bluetooth headset), she is a “Liver” chestnut, or a bay, or a brown horse, I can’t remember (I wish I could as we are going to be asked tomorrow). Heading into the field we were confronted by a flock of orses, or a gaggle, or a swarm! (My memory is crap) and men was pointed out! She came straight to me as I called her name and the bridal/ headband/ gusset went straight on no messing. I was one with this orse and she knew it. A beautiful browny coloured softy, well idle, animal. Just my type. Obligatory grooming and saying hello to her commenced and I was on it in a shot, (the grooming, not the orse) we seemed to get along pretty much straight away (which is always a bonus really). A demonstration of what was expected of us in the “Round Pen” then we were let out (with orse) into the outside arena. Red did exactly as she pleased until I got a bit stern and assertive (well I raised my arms and used a stick to make me look bigger) she went round and round, and back and forward and too and fro on command. (At last, something that can understand the Geordie accent), then we got into the “Round pen” here we were told to take the bridal, gusset, headrope off and do as we saw demonstrated. A couple of cock ups was all I did and the rest seemed to flow (I could have done with a bit more time to get things right, but then again, there are a few of us to get through)

The final part of the “Round pen” (and the part that got to me, was when I was told to turn around and walk away from her. I did as asked and my heart nearly burst as I heard her hoofs behind me, following me. This huge animal, the is gentle beast trusted me to be its leader, she walked behind me with no instruction and no coercing from myself. She only wanted to be with me in that situation. Fuck me was I overwhelmed by this. Back the the coral for a cup of tea and a bite to eat then the orses were lead back to the field. A demonstration of cowboy riding skills and roping were given by “Jock” the boss dude, then he decided to show us he could shoot an arrow while riding (AND hit the target) this guy is seriously cool! Except the double denim and ten gallon hat ( but it’s jock, and that’s how he is). A bit of bushcraft in the wooded area behind the stables lead to us making a shelter (in readiness for week three) and making fire!!!! I’ll take a lighter next time. The camaraderie came back as soon as we trekked around to the location. Again it was reminiscent of an exercise and all we wanted to do was have a laugh together. Some made shelters, some made fire, one lay down and rested, a couple ripped apart some pigeons for us to cook and eat, I chopped a tree down with a knife. It was a surprisingly sharp knife and I nearly lopped me left hand off (I really shouldn’t play with knives should I?) 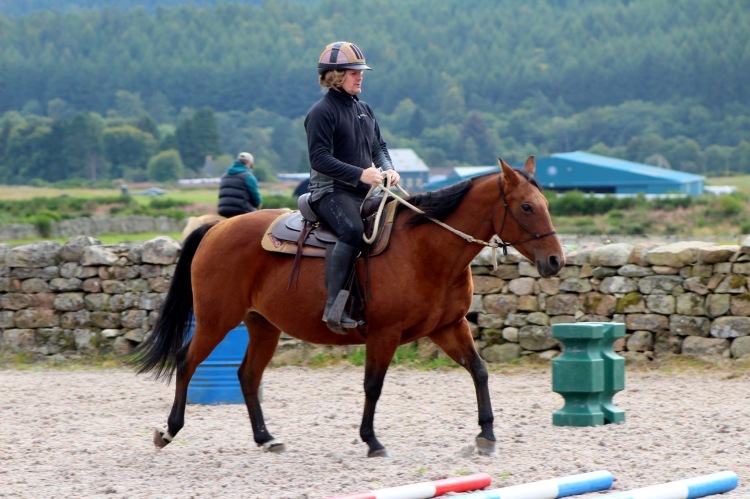 Fun and games done with (I think I may have pose end meself with a decidedly dodgy looking pigeon breast! I know I like them pink, but I’m sure the heart was still beating. Anyway, this was washed down by a positively putrid cup of tea (I hated exercise food) I may be overloading this experience with negativity, but it was a good fun afternoon, our instructor Neil did a great job and made us all feel pretty cool about ourselves (except when his daft dog ran after a large stick I threw, picked it up and ran it back to me…..twatting my shins in the process) all in all, the day was a blinder.