While not entirely fallen over with the alcohol, I would say that I could have nose dived into the beach and not really cared! I promised meself alcohol, and true to me word, I consumed enough to make me regret the day my Ma and Pa got together for a fumble in the dark and spliced those genes together to form a little Adam. (Has anyone else blackest their own eye whilst driving the porcelain truck?) I suppose it could have been worse though, I could have not managed to get to the disabled toilet in time and puked all over a lovely restaurant! ( that would have upset Emma somewhat, so I chose my moment wisely! 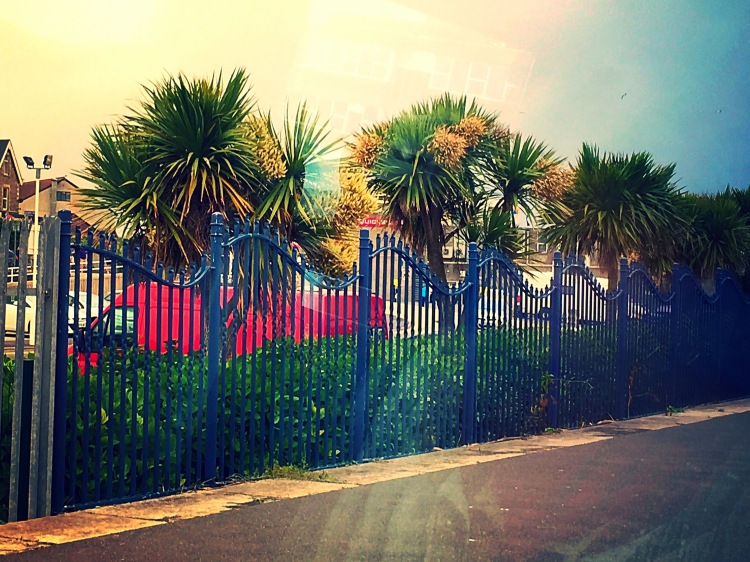 Finding the bar that sold lovely advertised ‘Cocoa’ tequila, I thought I would entice my better half to have a nip of the strong stuff, pouring it from the conical safety flask into the plastic glass I was handed made me think it would possibly be a by strong, but with the word ‘Cocoa’ at the front, I thought it might taste different! Well it looked like my urine after a night on the Absinth (that was the first give away) then the acid like smell that burned the nose hairs from me face sort of sealed the deal. Emma bravely tilted her shot to her lips and recoiled in abject horror. (Shite, this wasn’t going well) immediately she told me that it had an instantaneous effect on her! Of course I didn’t believe her and knocked mine back in one! My claggy throat disappeared, along with my sense of smell, taste and partial sight! My tongue wanted something to salve the desolation I had impugned onto it. All I had was a double Jack and coke!!!!!! That was swallowed in a trice! Then my addled wits told me to drink the left over green lava I had proffered Emma! (When the drinking head thinks it’s thinking straight! It bloody well isn’t)

Later in the afternoon (I can’t even say evening) I sat in a lovely chill out spot within a beautiful cafe/ diner. Nursing more Jack, the urge to purge slapped me in the knackers and that’s when I realised no place in the men’s for puking was on offer! Anyway! After I cleaned myself, it was time to eat!!! Now thinking that j had just emptied all semblance of nutrition from my now fragile frame, I opted for steak! Big juicy steak, rare as a virgin in a middle school, in fact I could have sworn me chips wee being kicked of the plate by it. My appetite salved and my stomach filled, I felt the meat sweats kick in!!! (Now anyone who eats well, will know what I’m on about here!) with my excuses made I absented myself from the table and made a bolt for the bog. I’ve been to some lovely shitteries in my time, but this one was lovely, so quaint and ‘twee’ it even had a large wooden fish with string attached to keep the boiler doors closed from prying eyes! As I made my way back to the table (it wasn’t the rumblings of revenge I had felt) I immediately asked if Emma was fit to go! She fiddled for a little over her wine, then she too shimmied off to the shitter. On her return I found later that she thought I had soiled me trollies (as I was insistent that we leave NOW) but no, we needed to hasten our departure as I had unashamedly stuck the wooden fish down me pants, this 12 inch flounder was not sitting at the optimal angle for relaxing, and if I had sat down, i would have crushes me plumbs. 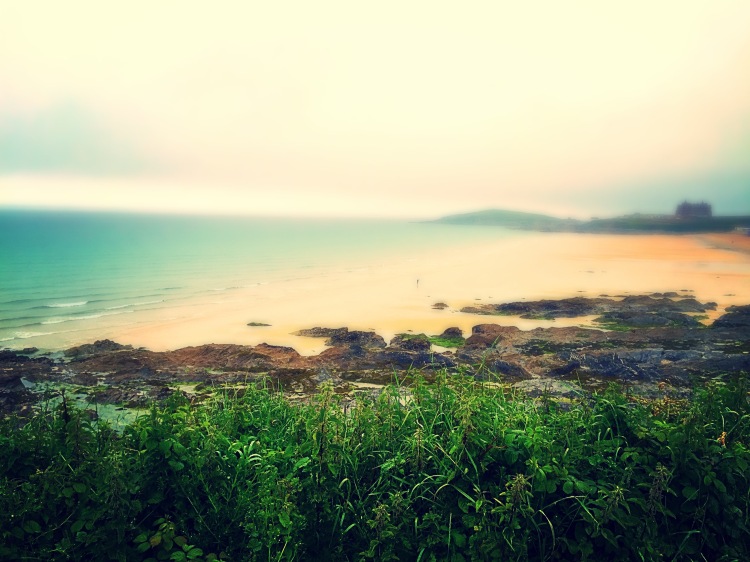 With a fish down me pants and a bloody black eye through straining to be sick, I wasn’t looking or feeling at the top of my game. So using me as an excuse, we base farewell to the music, and wondered off down the beach to our hotel! Safe in the knowledge that my first festival experience was indeed embedded in my memory like child birth.