I was going to start this missive by explaining my day of reflection, but then I realised I hadn’t actually reflected on anything for a while! The things I’ve done the mistakes I’ve made the hangovers I’ve accrued! Nope no reflection for any of them. Just a strong sense of I’ll probably do it all again in time! Anyhoo! I took a walk around my home town today (to pay bills, why do we pay bills??? We are the only creatures that pay to live on this bloody planet) and I may have an adendom to my previous statement about chunky chipsters who live there. Of course they reside in a place that has many more chip shops than Harry Ramsden could have ever imagined. I bumped into a few up the Main Street (now those that know, know the main street is the pedestrianised old Main Street. (So it’s pretty wide) yet they still managed to warp the space around themselves and drew me in like magnetic cooked chicken from the deli counter at ‘Winners’

I am now sporting a chin! The hairy lip started to piss me off to the magnatude of wanting to hack it off with anything I could find last night. Tickely noses ain’t fun when you are blocked up and all you want to do is pick it. So off it came. And I must admit, I look ten years younger (which really makes me look my fecking age now) it is a bit more chilly on Bob without the face fuzz mind you. One thing it does allow me though, it allows me to eat pastry without looking like a degenerate pikey at the end of it! And I don’t drip me coffee now! 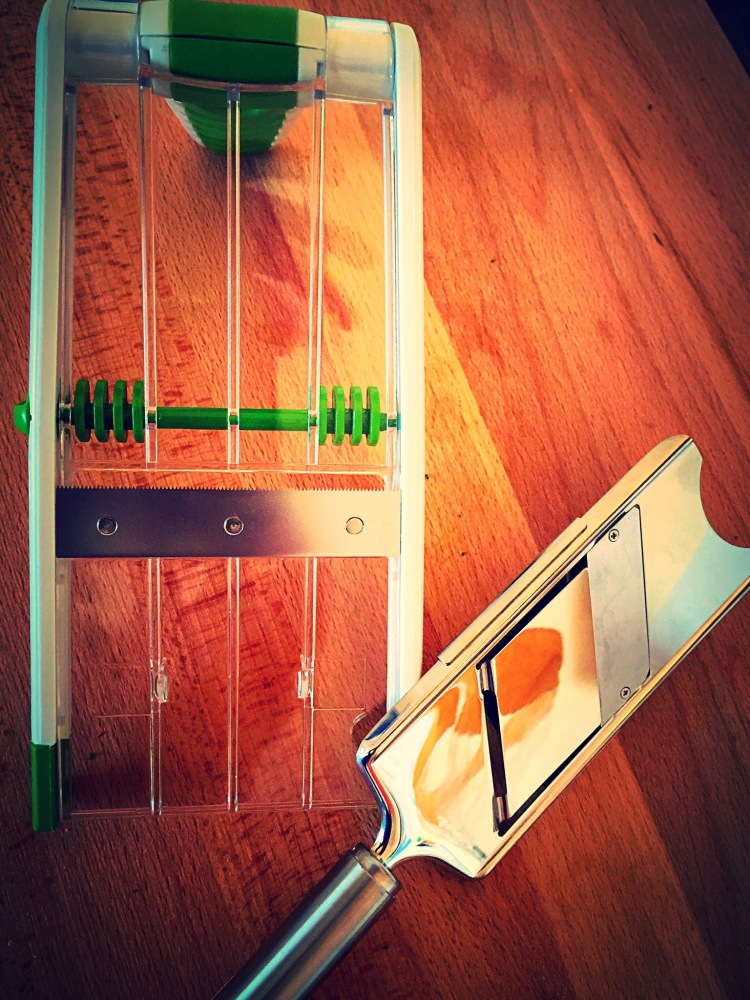 Some of you may have seen my toys on my Facebook page the other day! I find that my collection of knives just isn’t scary enough for my fingers. Two more death machines are now part of my family. The big one seems cool enough but the little silver one,,,,, whoah!!!!! It’s nearly had me fingerprints off twice already (and I haven’t used it yet) I’ve made root vegetable crisps and they do taste like thin root vegetables!!! I’m tempted to cut garlic with it but I’ve seen the YouTube clip of Rick Stien coming a cropper doing just that. I’ll keep you posted on the amount of fingers I posess on a regular basis!!

I’ll draw this to a close with a lovely picture of dessert glasses i found in a cool shop for in Morpeth, could do with them if I ate trifle, but I don’t so I won’t. So not a lot has been occurring around my place of late, my trips are starting to turn into nessessities (is that correct?) rather than fun. Does this mean I’m falling into a routine??? I bloody well hope not. Catch you all later and I’ll show a high five (could be the last one for a while with me new toys)