Spanning the country for good vibrations and smiles, I left Ashington in the morning walking along the road with a backpack and a wheeled case, I looked like someone from the Harry Enfield show. I was going to get a bus to the station, but a small pizza last night vanquished that idea. Anyway, along the paths of my home town i trundled me case (careful not to drag it through the copious amounts of dog shit that litter the place) I saw three council guys picking litter (or ta dole day and they have to work) and everyone of them walked straight past the poop. Now a while ago I witnessed a young girl given a spot fine for littering, so why don’t patrols go around fining dog owners for this ? I thought it was law ? Obviously there will be a lot of people who read this that have dogs, and they will no doubt get upset, well if your dog shits on a pavement (I hope your child doesn’t fall in it) pick it up!!!!!! 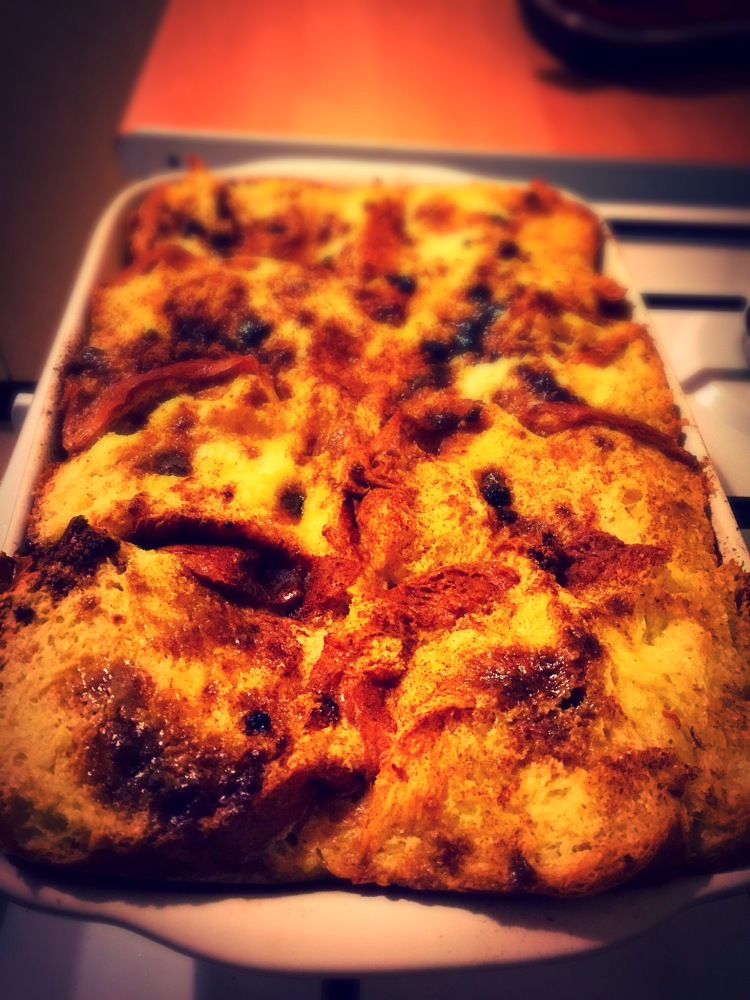 That’s a brioche and butter pudding I made the other night. Anyway, my journey along the paths of home to the bank (as I said I ate a pizza and had to walk as the buses don’t take cards yet) back to the bus station only to find the bus I wanted didn’t stop there. It was about another fifteen minutes walk (the long way) and another twenty minutes wait!!!!!!!! And another half an hour to MORPETH (well it felt like it) the bus was full of lavender and linseed oil (pensioners party) I was looking for the grim reaper in the drivers seat to be honest. After a long and winding road through pegswood, we arrived at happy MORPETH. A taxi to the station and another half hour wait for the train to Newcastle.this was going to be an epic.

Eventually into the Toon (4G available) but not for too long though. At least I didn’t have to wait too long for the transport to the south. A coffee and a pastry later and I sat my arse down for what is turning into Homers Illiad! I’ve seen counties, cities, towns, fields, Sky, trains, everything but sun (?) but that’s okay as I’m going to see my partner in crime (who wouldn’t steal a brass cup from London) the day is growing darker, the air is growing warmer and I’m happy to be on my way (I have a couple of unfinished things to do in the north, so this isn’t the end) . I’ll say farewell for now and hope the. Clouds part and the sun shines on the lives of the innocent 🙂 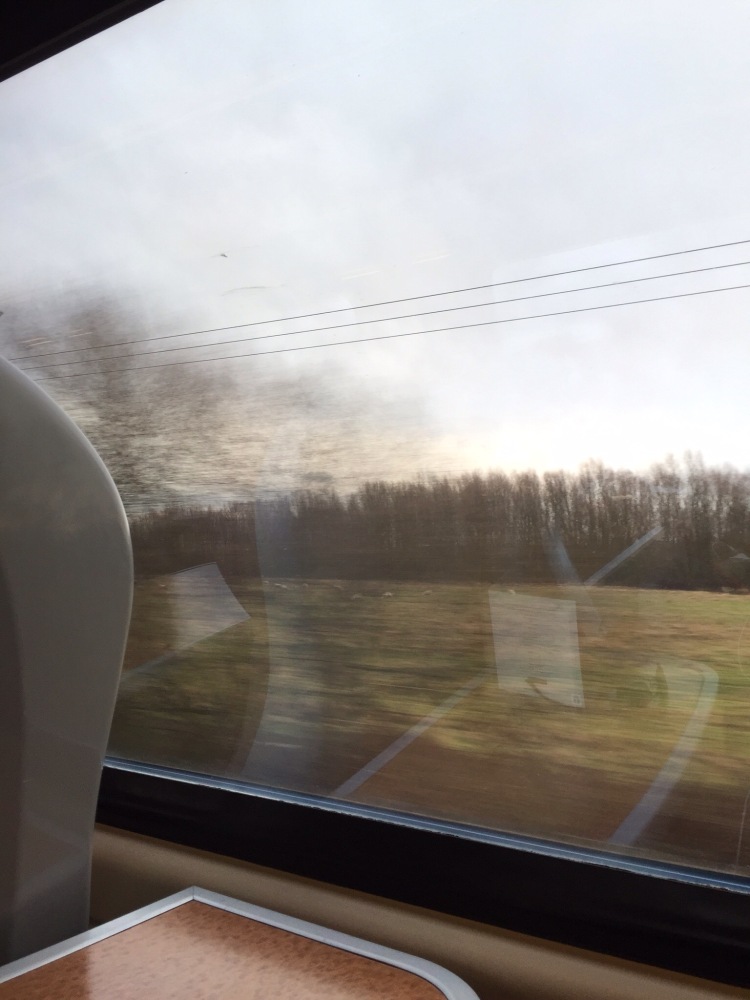