At last!!!!! Sunshine and no rainy day! Time to get Bob out. And out we went. Taking the cover off him this morning was refreshing to say the least. Four days and I haven’t been able to get on his back for even a minute. Either rain or hurricane winds have demolished my riding days. Donning my big pants (for my boots) I looked a bit strange! Don’t ask why, I just didn’t feel right. So I tried my other combat trousers on. But this time they weren’t wide enough to go over the boot!!!!! So I looked even more of an idiot and put me trousers into them like Welles!!!!! ( I did this when I was six) the jacket and back pack were next (filled with my gym gear). All locks removed from my gate and Bob and it was time to go! Well after warming him up with the choke (Bob has a choke!) the red helmet felt good to get back on (no smutty pun intended) 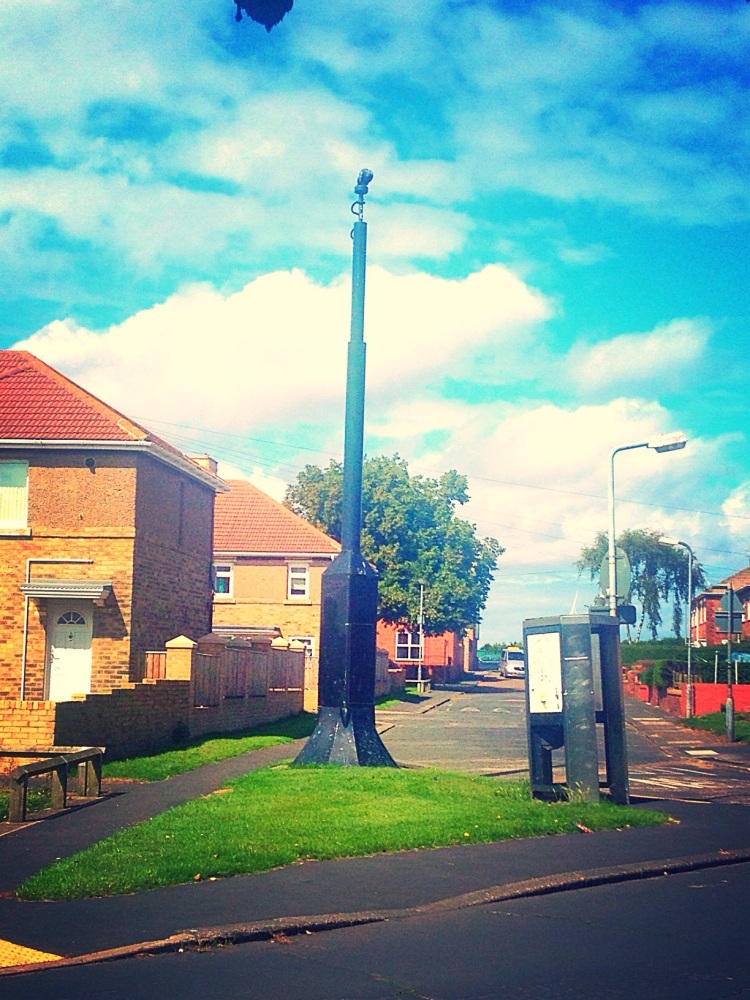 Looking at that photograph, you can see a large black structure in the middle, now that large structure is a camera, a CCTV camera on an estate in Ashington, and it’s not the only one, the whole area is covered in them, it’s just an observation I had while I was walking back from the shop! Anyway, I got to the gym in about thirty seconds (I forgot Bob was bloody quick) and parked on the path just outside! No way was I going to put him in the car park, i may never have seen him again. And inside for another two hours of pain!!!! Aerobics first (considering I was all catted and dogged up with a bridge in there somewhere earlier on in he morning) I wasn’t prepared for the onslaught of the circuit. An hour of torture downstairs (it IS good for me) then upstairs to the real torture chamber. 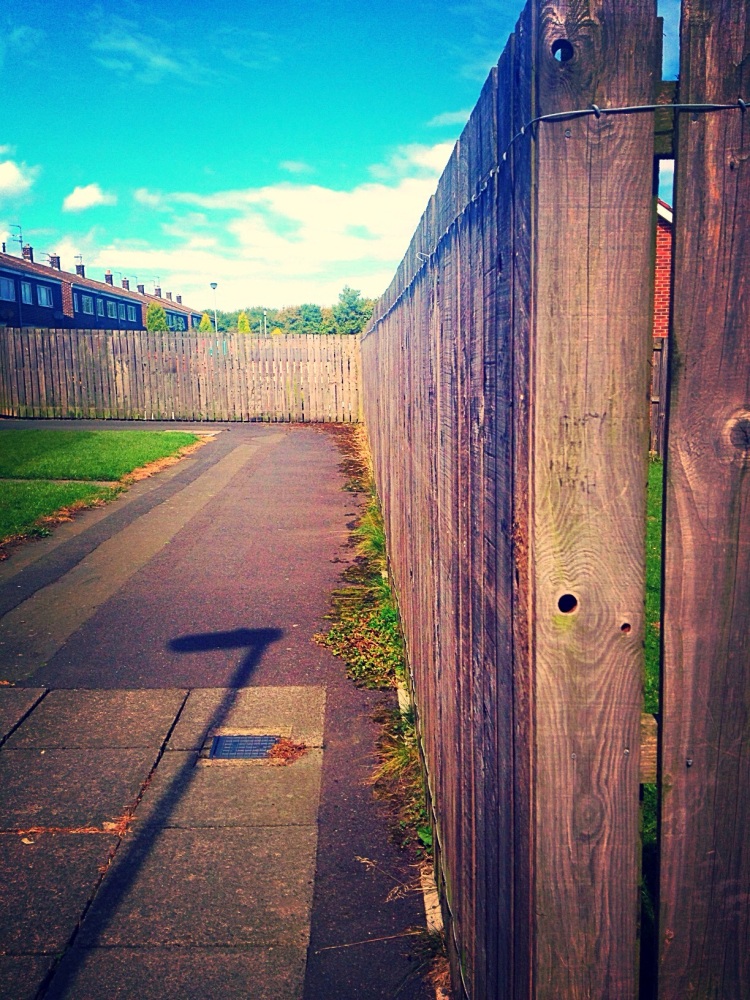 The treadmill, the x trainer, the rowing machine all good things alone, but after an hour hopping and jumping with weights they were quite horrifying. Then the bloody weights machines proper! But this time the staff was there to mark my progress on a special key. The special key that will cause me more pain and suffering on Thursday!!!! Well after two hours, the shower beckoned! Now I realise why I hated them when I was at school, cold, slow and pointless! So it was with a soapy arse that I got back into my clothes and back on Bob. Having a tea and some fruit bread in ASDA, my day out was nearly over.going to the old mans and sitting for a couple of hours then seeing an old friend for tea, my evening was beginning and my day was ending. 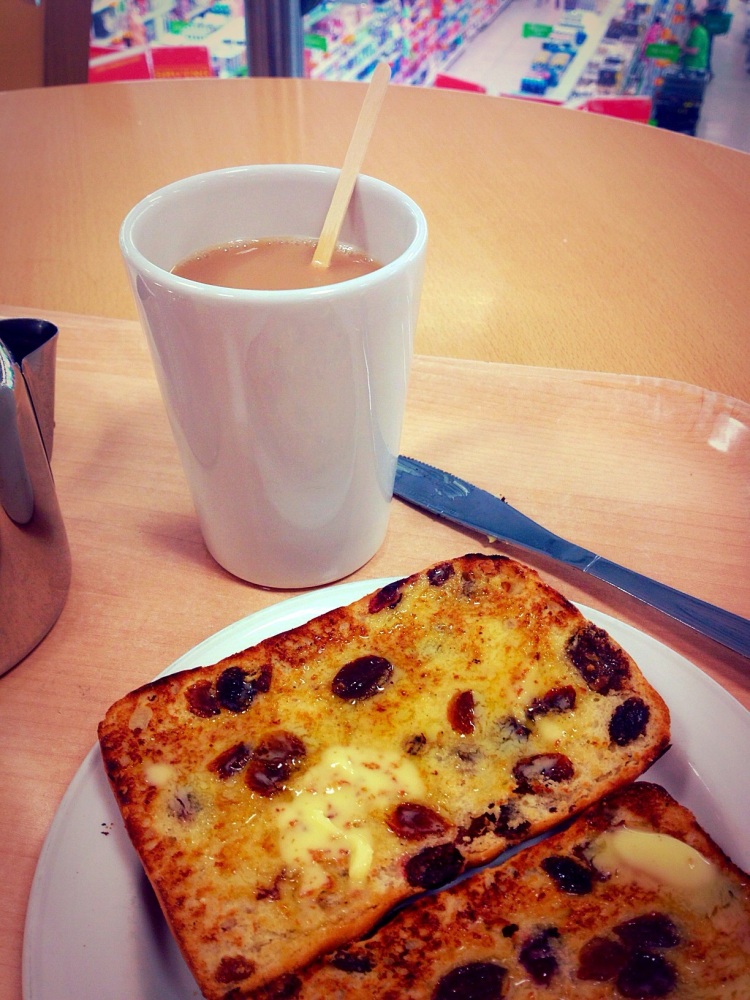 Right, that’s it from here for now, it’s been a normal day with a few smiles thrown in, a sunny day with a ride and a fitness regime, a good day all round. So if you have time, don’t save it, if you have fun, don’t waste it, if you have chances, don’t squander them and if you gave dreams, don’t wonder them, do them. X