Today was Thursday, yes it was Thursday. A discussion broke out after a coffee in a local pub involving four adults! Not a child and a cat!!!! Four adults, not one of them knowing for sure what the day was. A consensus of opinion concluded that it MUST be Thursday, so that was that. God bless human logic. After the morning twisting and shaking, (the coffee was a bonus) we set off on a trip (walk) along a coastal path. (I know a few years ago, we ran the “Tarka trail” in aid of a fallen comrade, I KNOW I’ve been here before) the hills were brutal man!!!!! I have a photograph of my yoga instructor walking down one and she looked nigh on 45 degrees to the road (but it doesn’t show that slope to well) and I’m positive it’s the hill I ran up!!!! 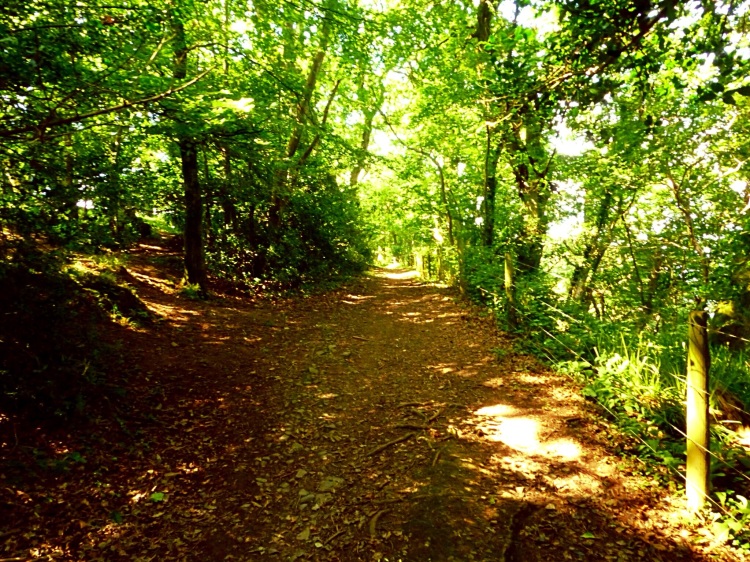 Oh yeah, I’ve decided to put double pics up tonight as the day really was that good. Anyway, this coastal path was REALLY ON THE COAST. I don’t mean the sand, I mean the edge of a cliff that ran for miles with NO fences, just hedges that hid the undercut of rocks from the edge itself (a bit perilous indeed) I saw for miles along to Wales and it still looked grim!!!!!also passed some fantastic scenic seats and rain keeper offereres! A few look out points and a stone tunnel (the walls natural) all the way to a beautiful stone built retreat for someone in the umpteenth century (I can’t bloody remember the date) the lunch we made earlier was shouting at us from the backpack to eat it, so we dutifully did as we were asked! The salad and POTATO salad (what a menu !) went down actually quite good, hearty, nutritious and filling 🙂 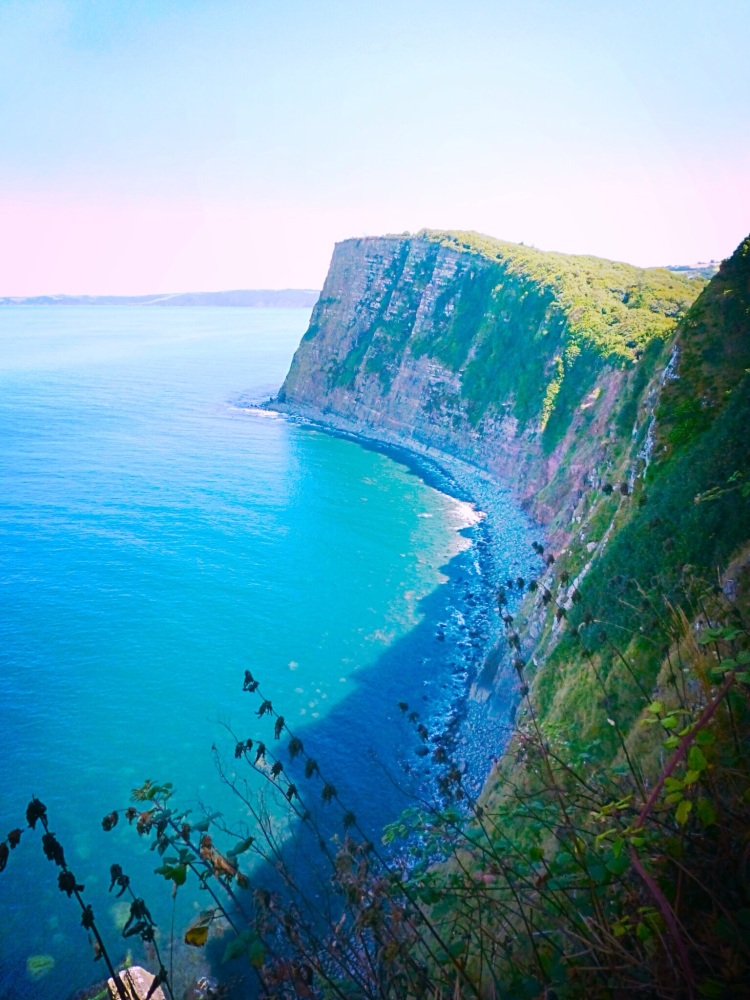 Back after that walk to a beautiful (everything is beautiful) place called ‘Covelly’ (please, if that’s wrong, I’m sorry) this striking coastal fishing port/ harbour was possibly one of the loveliest things around here (mind you I did stand at the bar while one guy was charged £3.75 for a pint of john smiths). Kids and adults were jumping off the harbour walls into the sea (with added wetsuits of course) and tourists flocked to the cafe/ restaurant, for fine dining (?) a picturesque end to a picturesque walk. The car into Appledor (not to be confused with Moredor) led us to the afternoon yoga session in which I gained the ability to sit back on my ankles (feet together) and stretch all the way back until it was my arms hurting, keeping me up, not my quads or my ankles. This was a thing I couldn’t believe I could have done on Monday. 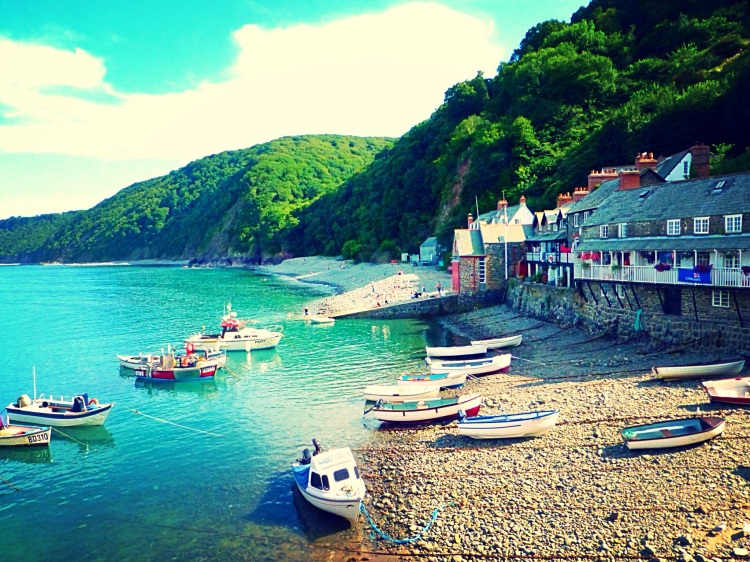