Hey, I tried the yoga for the first time ever, and it hurt! How the hell does it hurt? Its sitting or (goddam it) standing up, that’s all, oh and breathing!!!!!!! Sitting standing breathing! And it hurt. I know I had a beer or two last night but that doesn’t matter! The fact that this actual “treatment” wasn’t until after five in the afternoon, negates any inclusion of a hangover. Now, my head was literally at bursting point at a position called “The Dog”, now the cat I was fine with, I could live with that, the tree was a breeze, the twist I actually fell asleep in, and the baby was a rest! But the dog, oh my goodness, the dog! ITS NOT HARD! It ain’t rocket science, it’s relaxing!!!!!! My head nearly popped off! Nuff said! 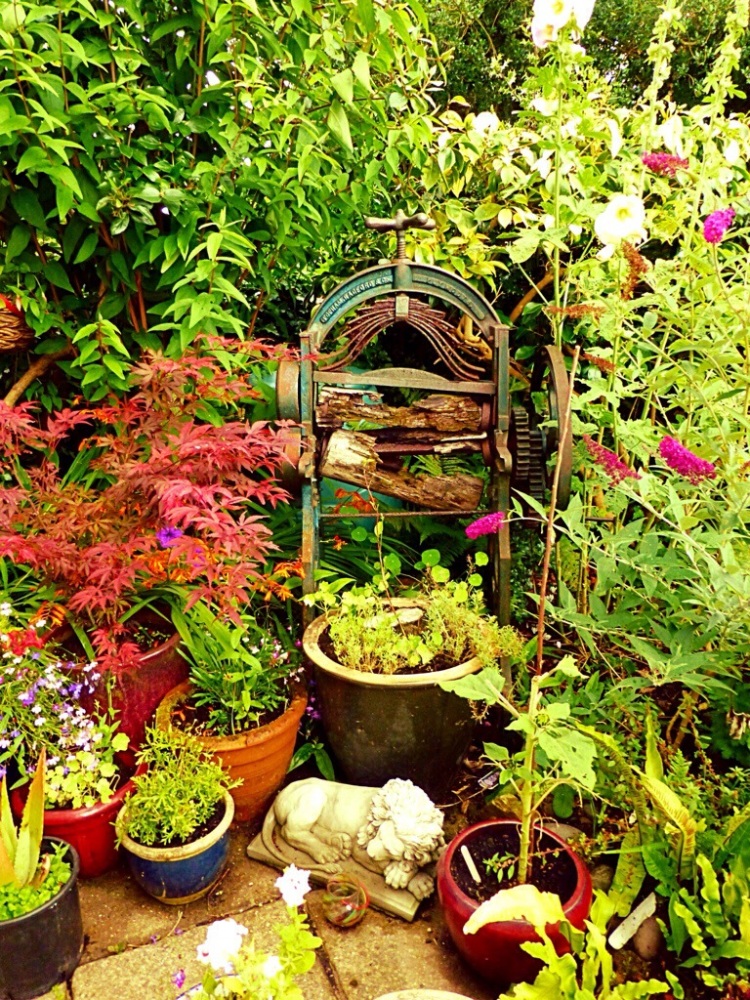 Another say, another session. With an easy wakening at eight (with a cup ‘ó’ tea) I felt ready to face the world (or the mat at the least) so I sprang downstairs (I sprang) and was confronted with my teacher lying down. (I was gonna creep back upstairs but alas, she was awake) so to start the day with a bit of meditation. You can all scoff if you must, but I really wouldn’t knock it until it’s been tried. I felt great afterwards, then onto the positions and stretches and whatnot. Again after stretching myself like silly putty yesterday, my body was a little more prepared for this session. I writhed and whined into all sorts of contortions this morning. And all before breakfast. 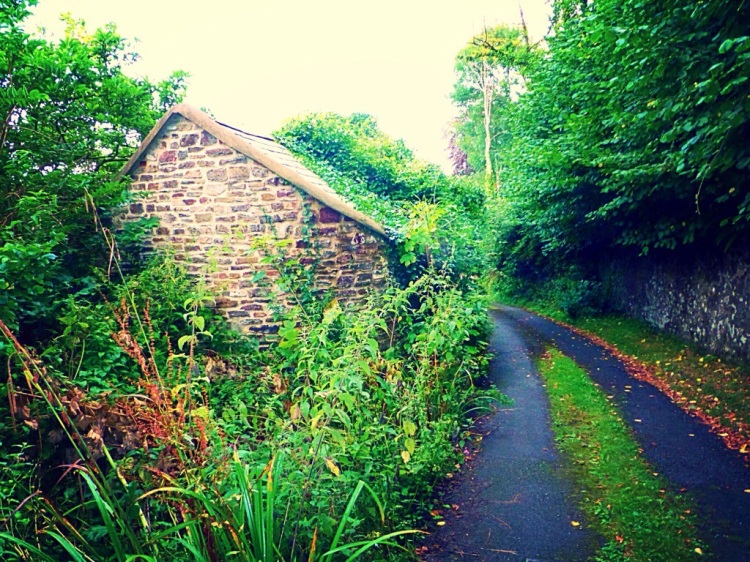 A walk into Bideford was on the cards for the morning(ish) and that actually took a hell of a long time…..BUT it was made in relative silence, being ‘mindful’ of the things around us, seeing things,hearing things, smelling things. All stuff you don’t actually do when you walk somewhere. Think about it, you only walk somewhere when you have somewhere to go, for a reason. So head down and off you go. Seriously, just take your time next time and notice the world around you. Maybe you will see something that you haven’t noticed before, or find that you actually like the area you are walking through. 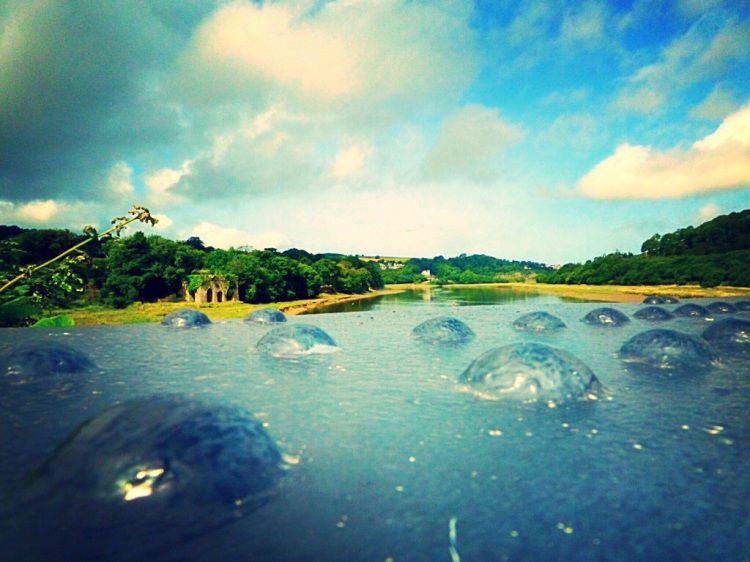 Having eventually made it to the town, we decided to eat the instead of trampling back with food to make before my afternoon session. A lovely art studio/ gallery/ museum held a cafe at the back so goats cheese (I friggin love goats cheese) salads were ordered along with lemon and raspberry tarts for afters. The day was another gloriously sunny affaire, so sitting on the grass outside the cafe was required. The day just waltzed on 🙂 a bit shopping then a talkative walk back along the route we took to come in lead me to pick up the iPad and write my missive. Afternoon interview done and back to the house for “Swordfish” steaks! Cooked properly with butter they were out of this world. (I have NEVER had this before, and I would recommend them to anyone) my black butter sauce was cooked to perfection and the accompanying salad and new potatoes rounded the entire dish of just right 🙂 the evening was spent talking about all things strange and weird and that set me up perfect for a terrifying night in a spooky room in a spooky house in a spooky place!!!!!! What would “Scooby do?” 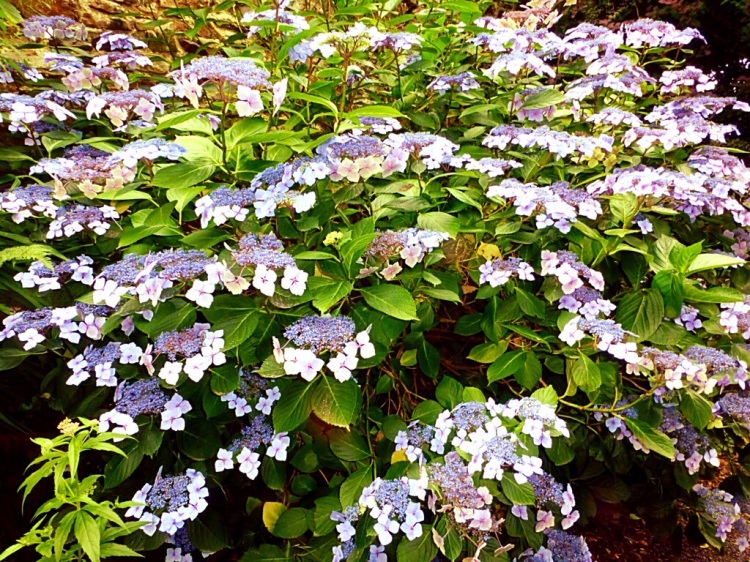