Really,I mean REALLY!!! I’m sure I’ve done a Pringles before on this “once I pop, I just can’t stop” but I cannot believe (still) in this day and age, the internet has NOT permeated around Ashington. Ok yeah you can get it if you stand VERY still, face Mecca and pray to the God “Buggles”, but some folk are “Double” busy, they haven’t got time to hang around street corners hoping the wooden satellite that has been launched by the UK’s space program to keep us up to date with matters in the 70’s is within shooting distance (and I mean with a pellet gun, not a SAM) I was having a text conversation with a friend today whilst sitting having a coffee in the local ASDA store (some folk can’t even get a normal signal, but I have wifi in there) then stupidly I made a move to go home, that was the last I heard form my friend until I actually got inside my house, faced Mecca and prayed to the God “Buggles”. Again, it is FREE in some of the poorest countries in the world, it is FREE on the cheapest bus in the works, it is FREE when you pay Vodafone £10 for a freedom freebie,,, oh hang on! Rip off Britain, with rip off prices for rip off services….. Rant done. 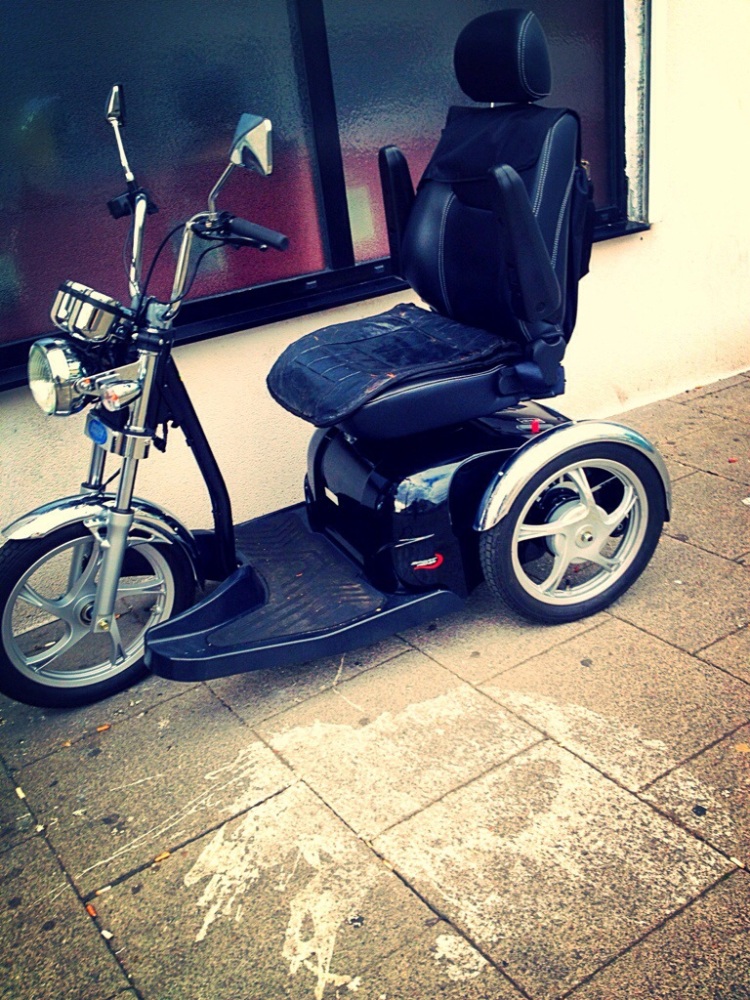 I couldn’t resist that picture, it was standing outside a pub waiting for the owner occupier to stumble out, drunk, with a carry out (and I KNOW I see the same scooter outside just about EVERY pub down the Main Street). It was a day of seeing my father and spending a bit of time with him today. At first he didn’t look too clever, but after a while with company, AND a cup of tea with a poached egg on toast lunch, he looked veritably perky 🙂 It only took minutes to make, but I can understand why old people don’t eat a lot. Anyway, away from there I wandered down to the Gym for my Bi weekly torture session. This time it was downstairs circuits for the first hour then upstairs for the second stint on the machines (they WILL take over)

Now that’s a lonely picture of a wheelchair at the hospital yesterday as I waited with my dad to get his blood taken (unbeknown to us they were going to make us wait until the blood had been screened and the doctor had looked at it!) the nurse just wanted us to shut up and stop making her laugh as she tried to get the needle into his vein! Bless him he has had more needles than the average junkie! So yesterday was a three hour wait around (again) with the NHS, I made his day though by running myself over with said wheel chair!!!!! Why pull them?
Ok it seems that the server is not playing to enable me to upload pictures now! ANOTHER IT issue in Ashghanistan. If I can, I will post them at the end, just a couple of pics that look nice really. After the first hour being “put through my paces” (I sweated from my hair, and my eyes (or did I cry?)) with the circuit (I really thought civilians took it easy) nope, not this instructor, he did tell me he expected a lot of an ex soldier!!!!! The gym beckoned me, so I clambered into the rowing machine and beasted myself for 1000 metres (doesn’t sound far, but push the tension up and do it in less than 5 minutes and you’ll see) then I ran for half an hour, and finally onto the weights!!!! Me! Weights! No wonder my walk home took another two hours (mind you I did stop for that coffee) 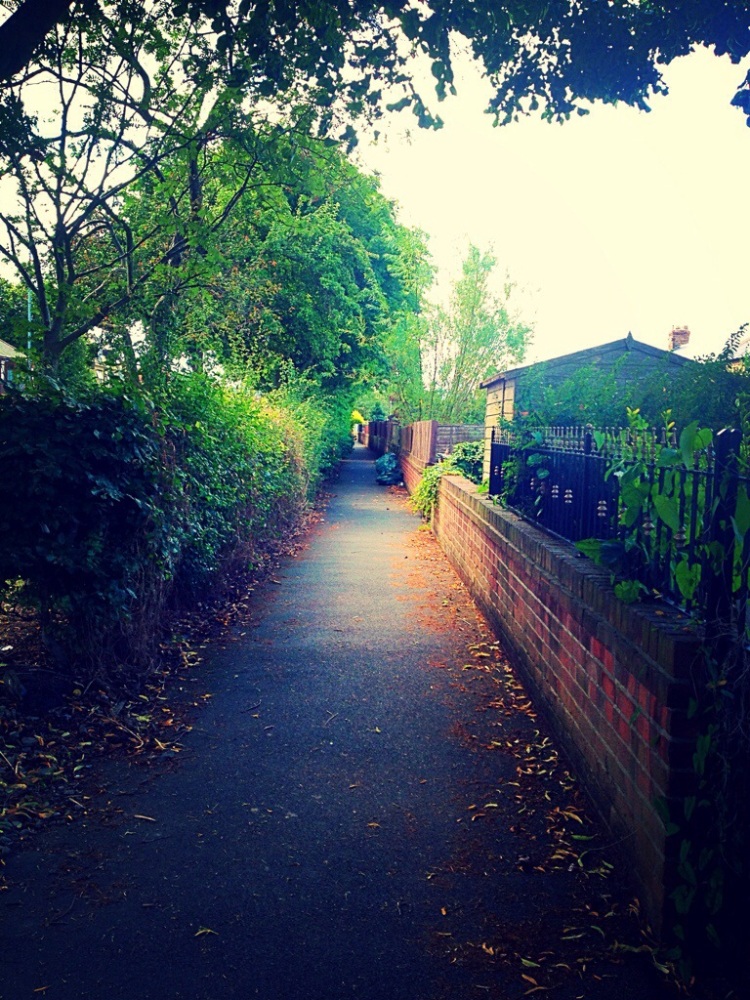 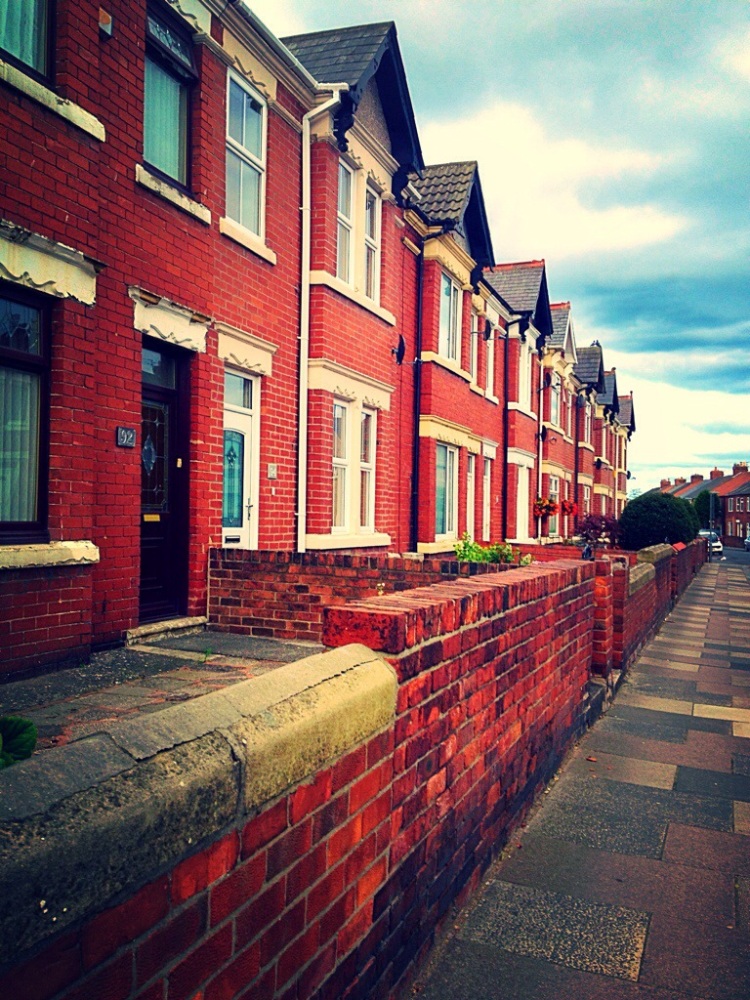 So home and finding the biggest butterfly I’ve seen in Europe connected to my ceiling (I can’t flick it out in case it squishes on my new paint) I have left it out on it’s own so when it gets board it will fly around tonight and frighten the shit out of me. On a plus side, the pork roast I cooked last night is sitting waiting for me to tuck in. Tasted nice when I tried it, now it’s left to mature (!) it will be leeerrrvvllyy!!! Right, that’s me set for a hot bath to relax me aching muscles (I’m 45 you know) and I really shouldn’t be pushing my aged bones to hard 🙂
If you love yourself, always love yourself, if you hate yourself, change your ways, if you kick yourself, you’ve done it wrong, and if you’re lonely, write a song!!! (It makes you see that you’re not really that alone )