This morning was filled with trepidation, well when I say trepidation, I mean worry, well when I say worry I mean boredom, because of the waiting around. I waited around the car park (no dogging in Ashghanistan) my appointment with the DWP was set for 0900. Of course I arrived early (as a good soldier should) and waited in the car. Now as I looked around towards other cars turning up (some brand new I may add) I noticed people smoking, talking on new iPhone 5’s and generally looking wealthier than most of the people with jobs! It was ridiculous when I actually entered the place, they were ALL signing on for Job Seekers Allowance! (Some of the younger guys dressed for the beach or a fashion show, not looking for work) anyway, I was told that my appointment had been changed to 0910, immediately the guy sitting next to me started to complain (on my behalf.) that things like this shouldn’t happen as people have other things to do!!!!! LIKE WHAT? (I stressed that daytime TV was ridiculous the other day, so unless he has a job to go to, (and he probably did) there was NO WHERE else to go) 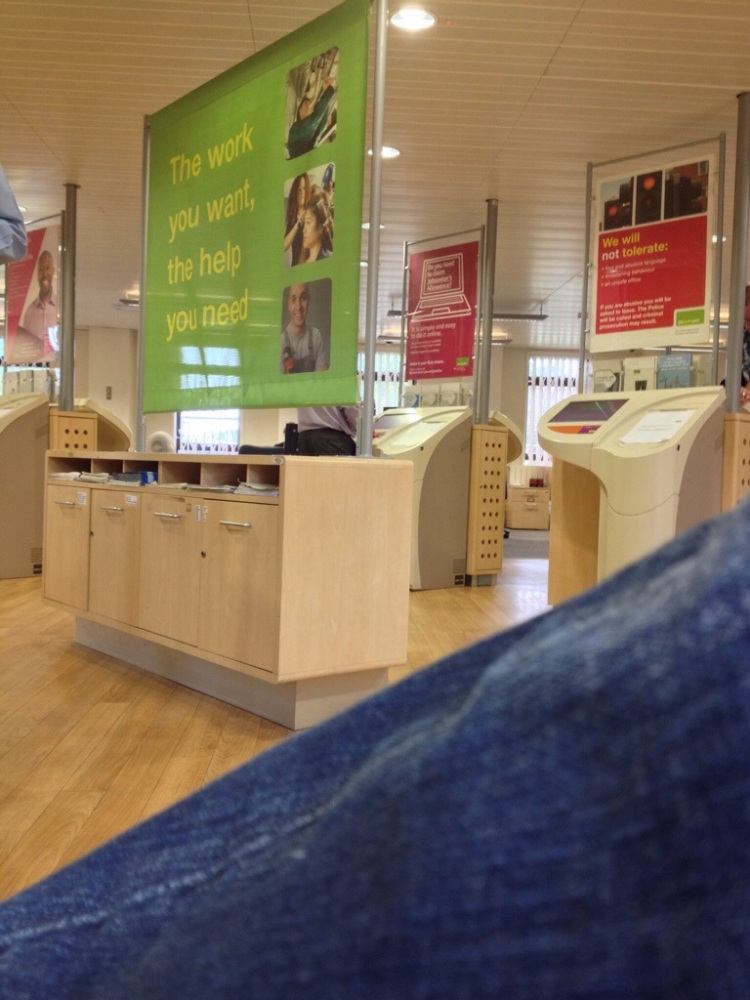 So a surreptitious look at our local employment/ unemployment centre, void of people actually looking for work as the machines don’t work themselves , the telephones are being withdrawn next too, and someone was getting a bollocking for not adhering to his charter thing! Next it was a drive to Morpeth (an upmarket part of the area, with money being ploughed into it as these peoples kids actually have a chance at a proper education (private of course) and where most of the county Councillors have a second home I’m sure. As we approached the outskirts, my sister (the driver) looked quizzically at me and asked “Where are we?” Well that threw me, it was as though I was sitting with my old dear mum!!!! I wasn’t scared!!!!! Honest Guv. Anyway, we pulled into the new town centre car park!!! FREE parking, (as long as you buy a timer from any shop……£1) FREE MY ARSE, (that’s why the area is affluent!! ) walking back from the car to the shops, a Harley Davidson pulled In an parked in the trolley shelter. I stopped and looked at him as he got off his bike ‘Oi, mate, it’s a trolley zone” well this guy just told me people nick the timers (which he paid a pound for too) it wasn’t until later when I realised the trolley shelter isn’t used anymore as the shop has been relocated! I felt a tit and hunted the man down only to be lectured on the parking restrictions of motorcycles in Morpeth (I’ll just shut up and mind my own business next time) 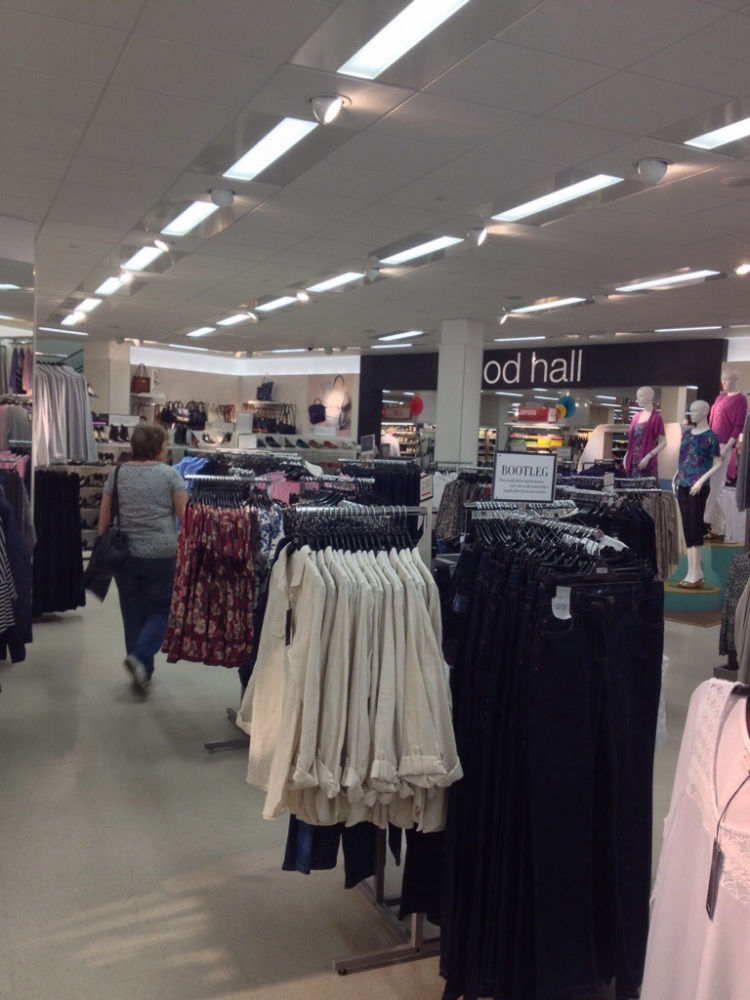 Walking around the shops (my iron mongers let me down as they had nothing I wanted) I noticed a distinct lack of pykies, no one walking around with shell suits tucked into off white socks, caps on backwards and tabs in one hand, iPhone in the other. Mind you, the smell of lavender and raljex abounded as I scoured the food court at Marks and Spencer’s , even this place started to raise the temperature of my blood as they must just make up the prices in the morning and ignore fresh produce!!!! Give me “Blue Stripe” any day. 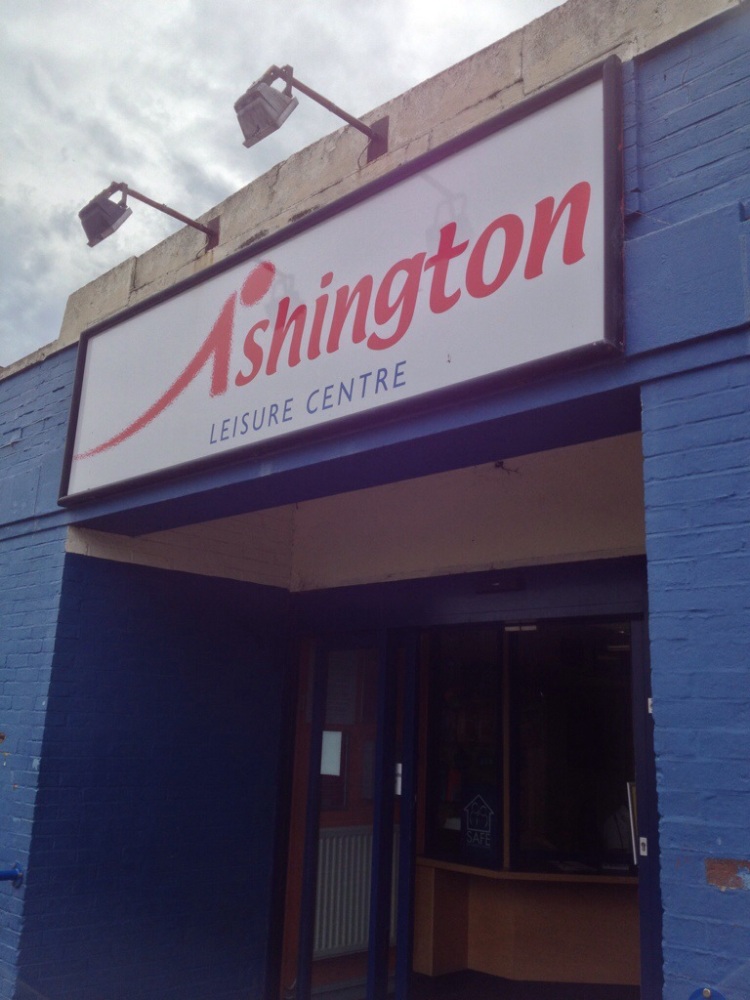 Time for mental health therapy! Well it’s a twice weekly visit to the gym. Twice a week trying to kill myself on various torture machines in the chamber of horrors which is the “Fitness Suite” (why does that look wrong?) the treadmill (with interval training) then the cross trainer (I got VERY cross) the rowing machine (I hated these when I was in the army too) then the weights machines. I never knew my shoulder was THAT sore, then downstairs into the badminton court off an hour fun. (Well I say fun, I was f####d). End of day arrives and it’s time to set this iPad down, (I’ve just watched the TV and have noticed the Tour De Friggin French Shite is happening this weekend right in the place I need to go) FFS whoever your god us, I hope he has a better spence of humour than mine. 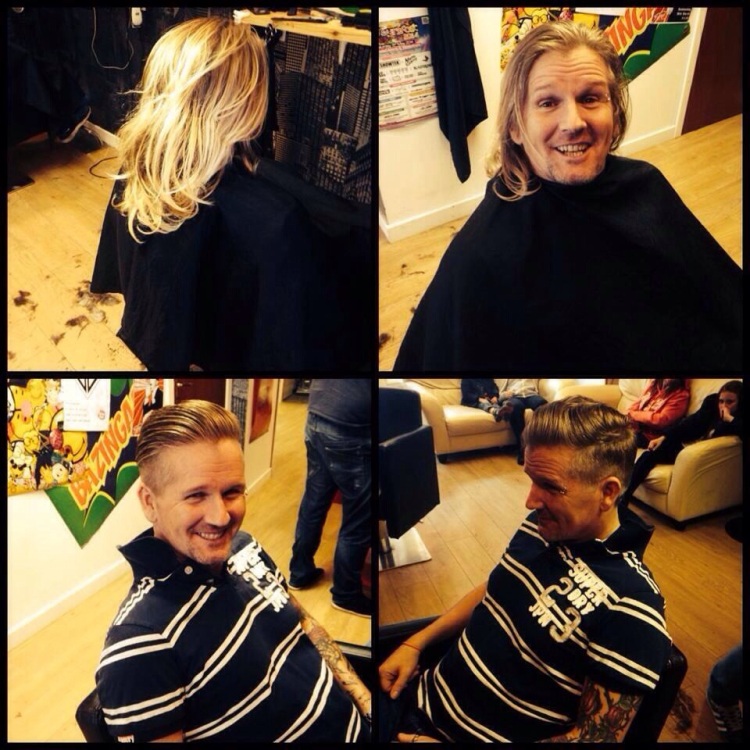 Memories of my golden locks

One thought on “Let’s get physical”