Now there is a clue in the title 🙂 today was going to be a fun day. Well we were planning for it to be a cultural day, but the question that was asked at breakfast was “one or two scooters?” I was a little nervousness to say the least as riding anything, let alone a motorised death machine, was a big no no in ANY foreign country. I’ve got my license yes, but I’m sure no other bugger has. I’ve witnessed horrific riding (and driving) throughout my trips abroad and have always sort not to entertain such liberties. Today however, I relented. Now I was given the dilemma of riding with two on my “Hog” or having two Hogs. As I wS the only one with a license to show ( and to my great relief) we only got the one bike. 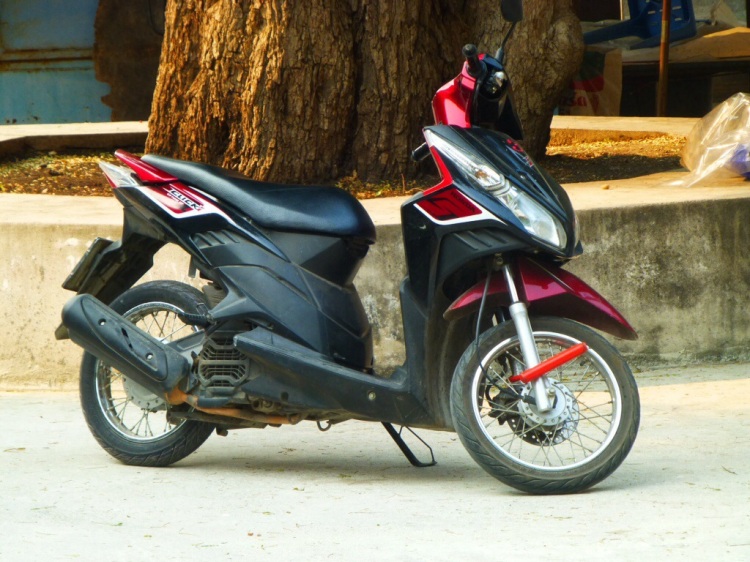 Ok it’s not a Hog, it’s a Honda ‘Click’ but it had the potential to causer untold misery and harm to myself if we fell off or had ANY sort of mishap. Anyway. After the embarrassing start of not knowing how to start it…….Twice, we were off on a road that held the worlds supply of traffic, traffic that couldn’t decide if it was normal, or part of a Indianapolis 500 circuit. My knuckles were white )well whiter than normal) as I tried to remember the map I saw at breakfast (well not so much a map, as an iPhone screen with iPhoto’s map library. So after a few miles we realised that we had missed the turning. -now this turning was the same size as the duel carriage way we were riding on, with a HUGE set of traffic lights, a HUGE sign telling us the way and a knowing since that I was at the helm, we needed to get lost (bit like trying to find the entrance to every jones locker really) 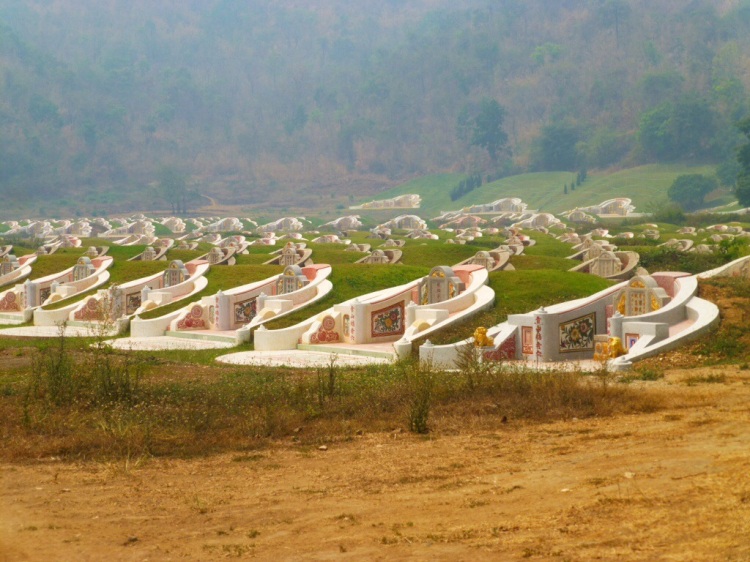 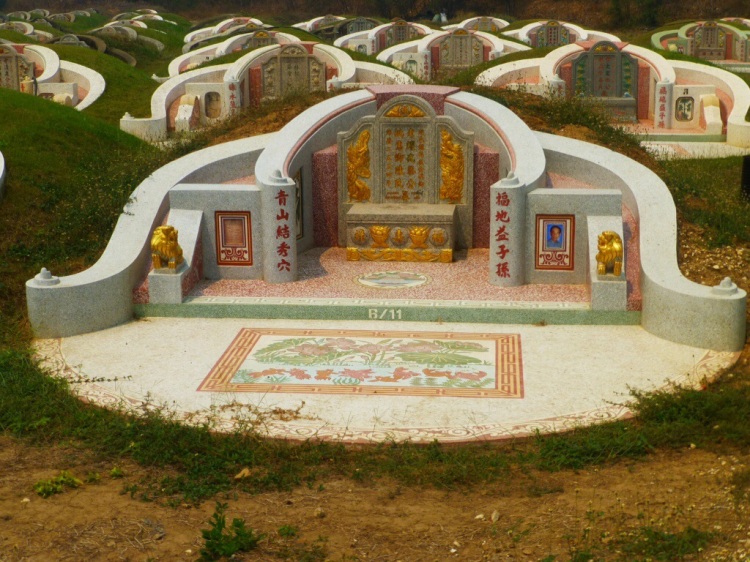 We parked up under a tree as we came across what looked like a field of carvings, they were actually Chinese families burial plots. Immaculate and some of the most gorgeous shrines I’ve seen. The setting too was perfect. (I know death is a bit of a bummer for the once living cadaver, but as resting places go, this was a bobby dazzler) so e of the tombs were over couple of hundred years old, but immaculately cultivated and cared for by surviving families. One of them (a little further down) occupied a whole field to itself ( pretty high on thee king order I would imagine) . We rode on in true travelling fashion, (after a quick leg stretch and arse wakener) 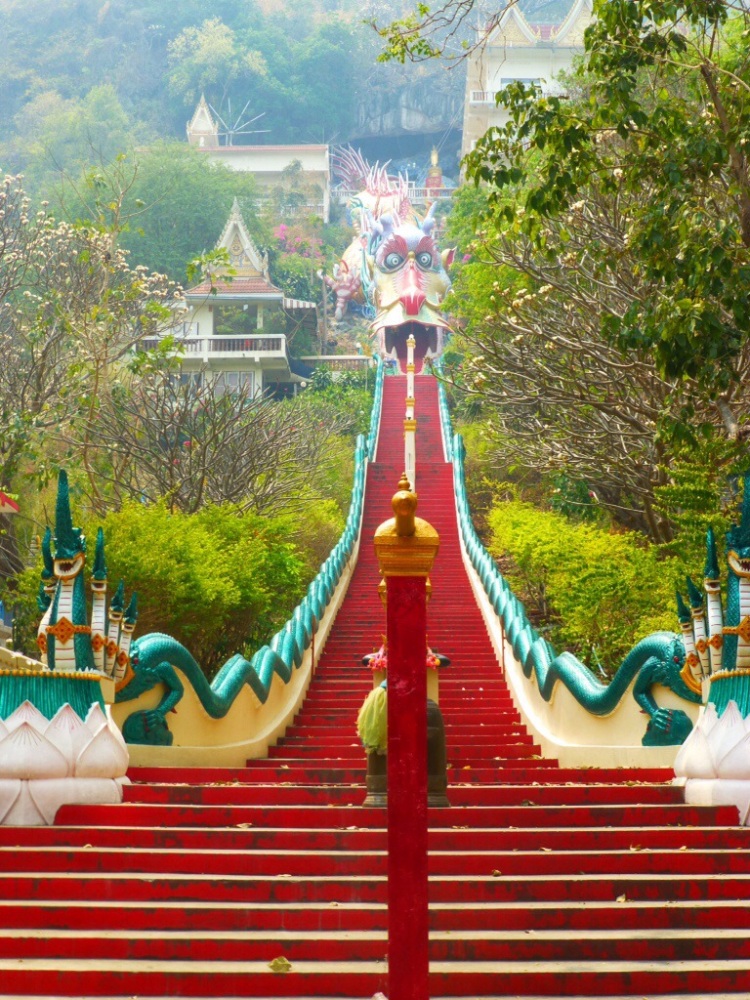 Our first temple (wat) lay at the top of a thousand million steps (well it seemed that many (why don’t they build these things on the bloody ground?)) and had the head of a dragon as the entrance. The story is painted within the throat and it’s pretty cool. Unless you are into temples JD shrines and religious places, I would say that you give the steps a miss and go for the ones with lifts or mechanical pulley cars. 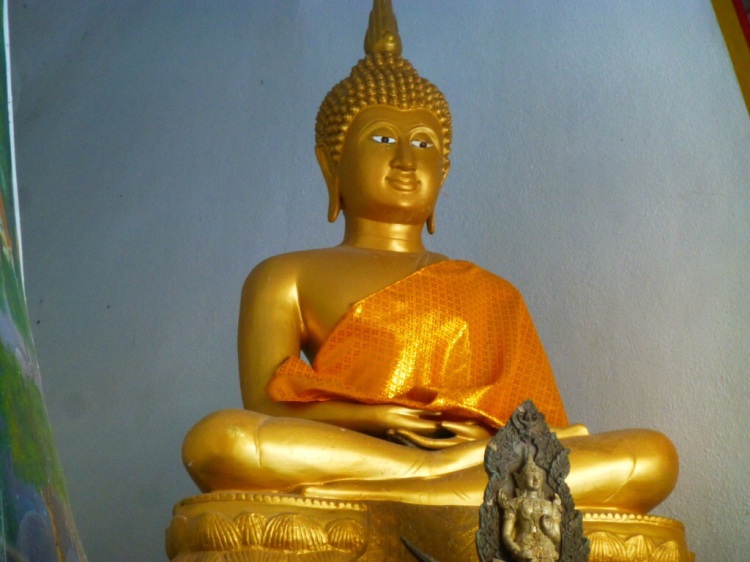 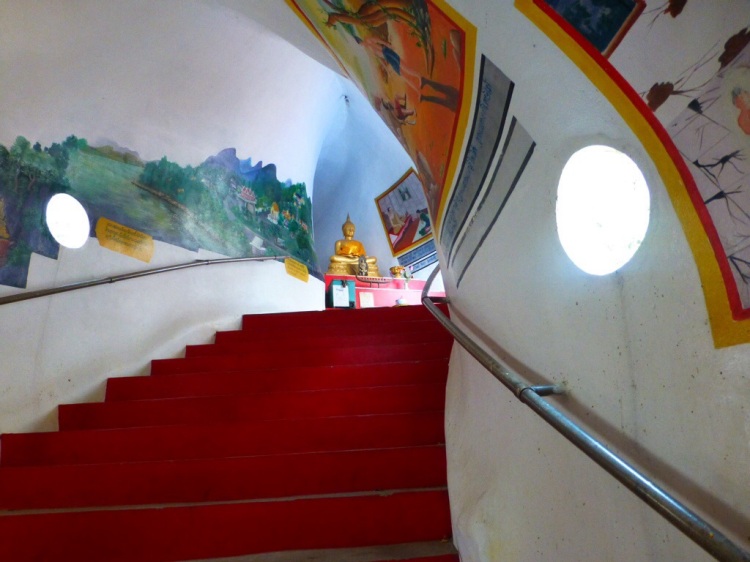 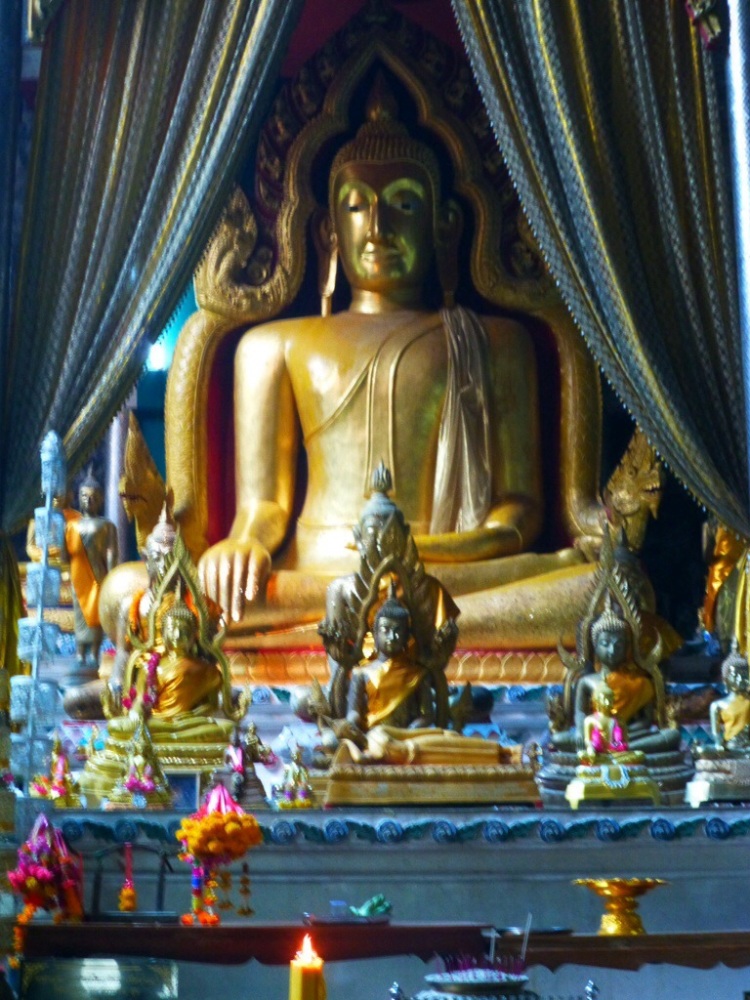 Our trip continued in the good old fashioned vain of point and shoot, (well a quick look at the iPhoto map and away we go) and got lost, well not quite got lost but ended up the wrong way a long way past where we were supposed to be. Nevertheless we endured the heat and sallied forth again. This time finding the entrance to a temple we had seen from about four miles away, in fact the international space station would skim it’s roof on every pass over it. (It was big but we still missed it) 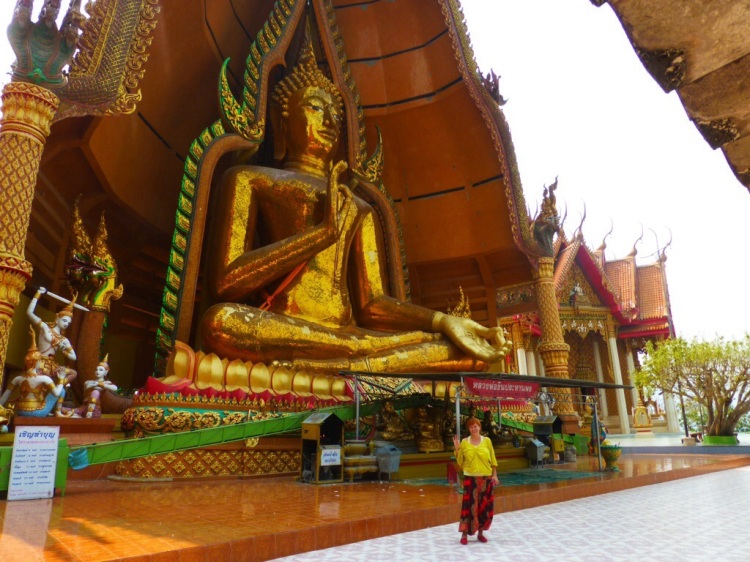 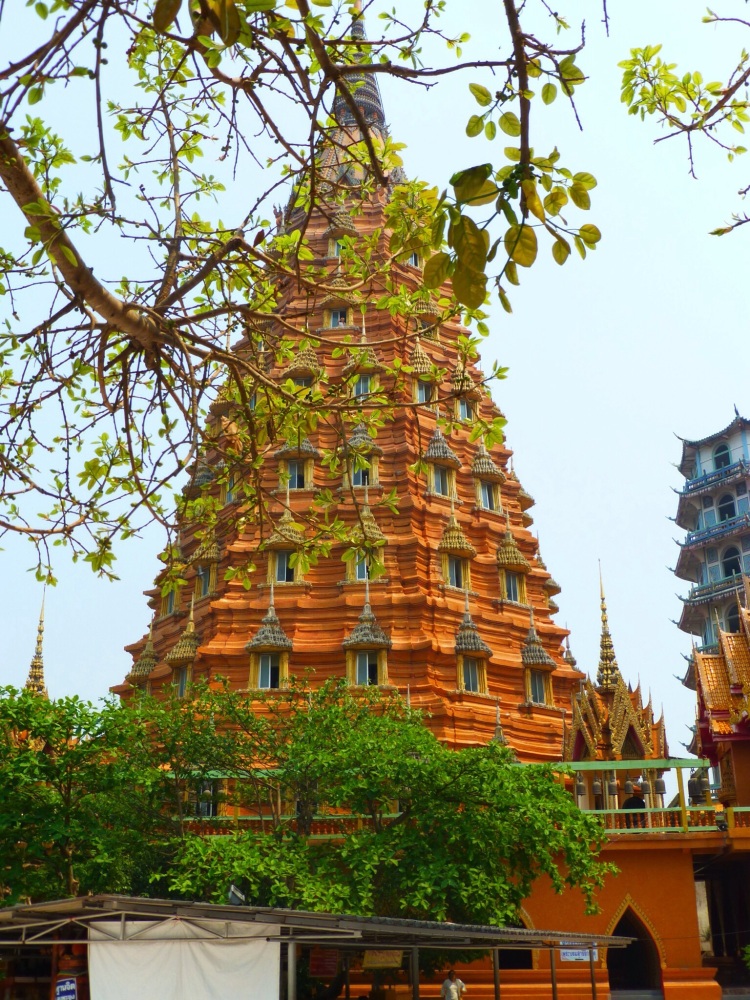 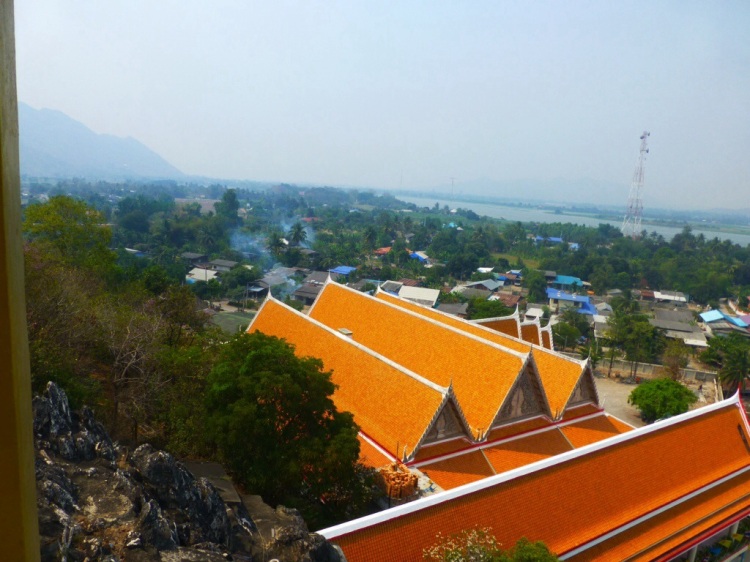 Going out from here we decided before hand to check out a place that we had only though we knew about. But as it was on the OTHER side of a frikkin mountain range, we just guessed at the whereabouts. AGAIN (after many kilometres of harrowing driving by the local chimps) we missd the entrance again (iPhoto mapping is a brilliant idea with GPS on your iPhone) another three thousand billion steps to the top and we were met by a Buddhist monk! He welcomed us, realised that one of us was Hungarian and then realised that we were more broke than he. So I guess the idea of a huge reward for hosting us had disappeared within the first “szia” -pronounce- “see ya”-that’s “hello” to us Brits. We put some gold leaf on a Buddha, we lit incense nod we prayed to Buddha for whatever we though we needed to pray to Buddha for. Then the super monk took us up into the cave system and made us climb ladders that were made for squirrels! Up I to the heavens, sometimes like potholing, sometimes like the VC tunnel system. At the top he kindly proffered us a cigarette (Marlboro) which we declined the. He showed us down the outer mountain, seeing a oranges bedecked monk so king like a naughty school kid was weird to say the least, but he followed us and didn’t bother asking for a donation (I did laugh) 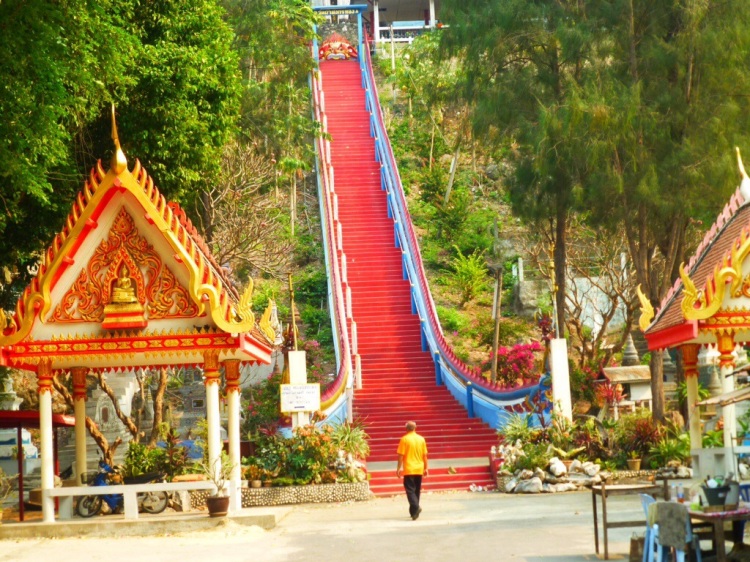 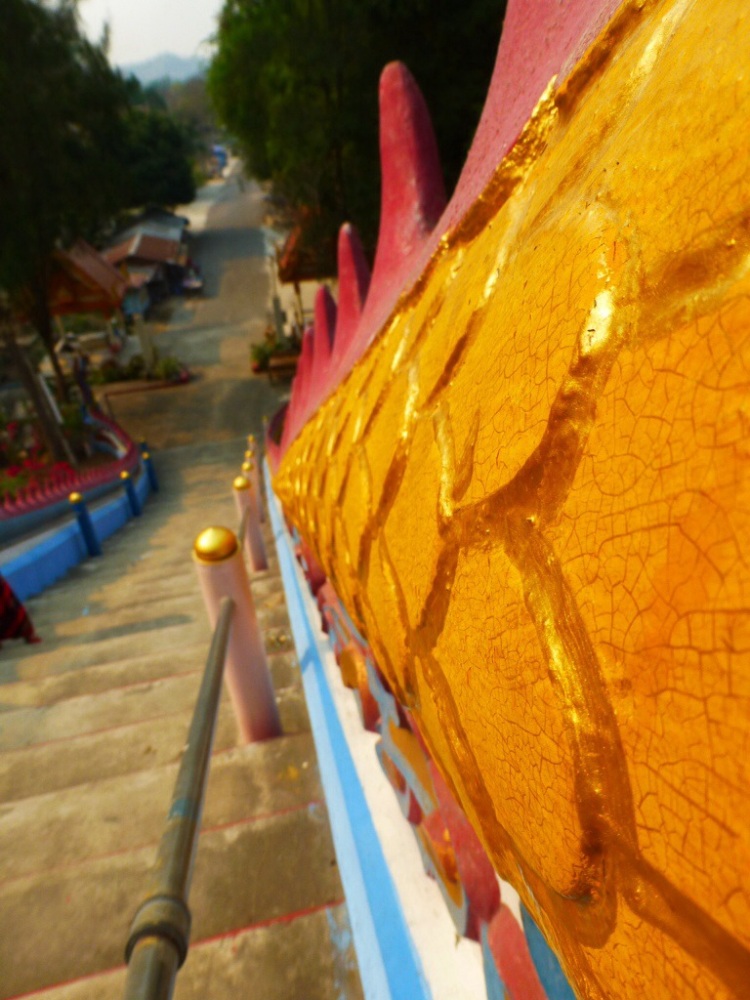 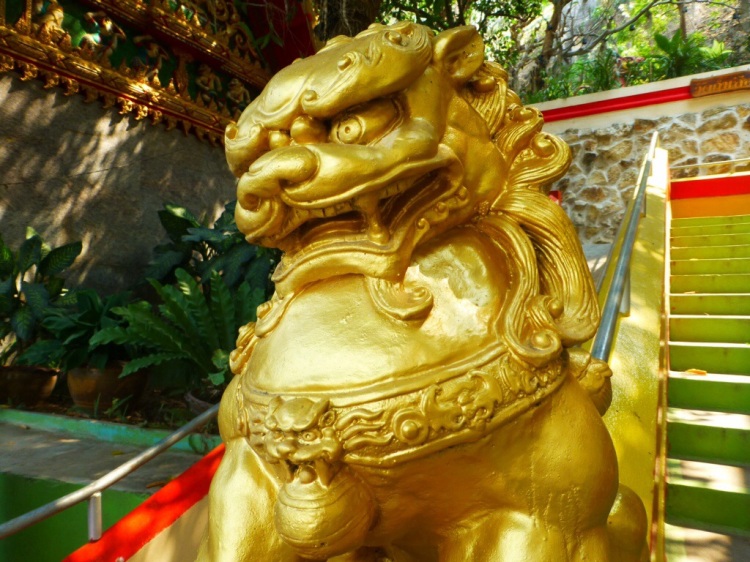 Back to the lodge now and a dark trip to the “bridge” at night, with a train and everything, I even got a selfie on the track with the approaching colossus (but that’s another story) toady has been a fantastic experience with a brilliant partner who knows her stuff.
(Shirley TEMPLE sang the title by the way) to all of you that reads this no matter who what where or why, please get on Åland and take a trip here, it is sooooooooo cheap you won’t believe it. Goodnight to you all 🙂