With the promise of a full day of adventure and other stuff, i awoke bright and breezy before 0700 (i know thats late to some people, but you have to remember I have NOTHING to do) anyway. Subliminal messages from my iPad telling me that Obama was still in charge of the most powerful country in the world set me up for the day, well it would have if i wasn’t absolutely knackered! Not a lot of sleep last night as the noises around the streets kept dragging me from the blissness of slumber. Shouts, banging, cars screeching (all i needed was the odd gunshot, and i was back in the North East)

I choked the alarm and slept an extra hour or two. then it was an important call, then……..nothing really. I hauled my ass out of the house (after a smashing breakfast of fresh coffee and toast with marmalade) there is something to be said for a smile delight like that. No heirs or graces, just plane old fashioned toast and coffee. Black bag in hand i went to Bob and peered inside (oh Christ! how can such a little car hold so much crap?) emptying TWO black bags into the bin she was ready for a wash. I looked to my kitchen window for inspiration, then thought “Fuck it” off to the garage to get the monkeys to do it. €7 later she was sparkling like a diamond. 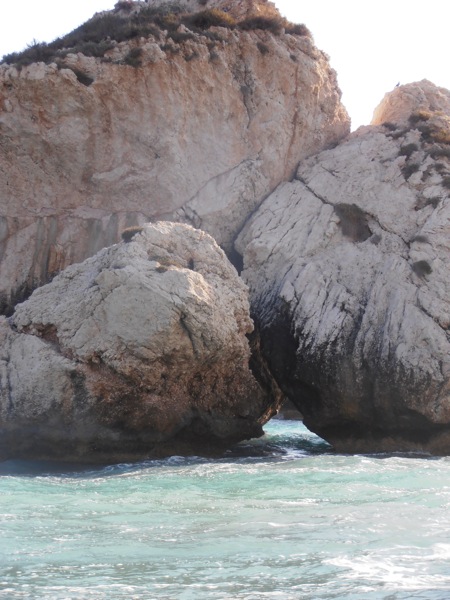 Getting to Cydive to see Mick (The bloke buying Bob) was a traumatic experience indeed, you see all the tourists have gone and its just the locals left on the road. ( I’m sure if you look back through these missives, you will see somewhere mentioned about the professionalism of the Cypriot drivers) Once there i regrouped and sorted out my dealings. Hello,d everyone there and explained to Mick that he could have the car from tomorrow just to make sure his lovely wife and he wants it. After that i decided to collect all my SCUBA gear, i forgot i had so friggin much. but its all here now in the bath soaking, rinsing in clean water and not smelling as bad as it did.

So my adventurous day didn’t turn out as adventurous as it could have been, but I’m sure from tomorrow when I’m on foot for a few days, it will be better. Of course i have to train now, as in do some fitness and some abdomen stuff (oh I’ve lost a shed load of weight but i look good for it) so i need to get my arse into gear!!! I just need more motivation.(the picture of me in me Daniel Craig’s is motivation enough i suppose) my six pack isn’t quite there yet, just trying to sort out the keg in me belly.

All this talk of six packs and kegs has got me in the mood for a drink now, i suppose i can get a salad from the pub :0) Ill get my arse out early tomorrow and get a story that includes dragons and angels and fairies and shit (depends on the drugs i suppose)

For all my friends and family, (I wouldn’t be doing this if it wasn’t for you all) X

One thought on “Though you’re miles and miles away I see you every day, i don’t have to try I just close my eyes.”