Just because its a beautiful song

Well what can i say? 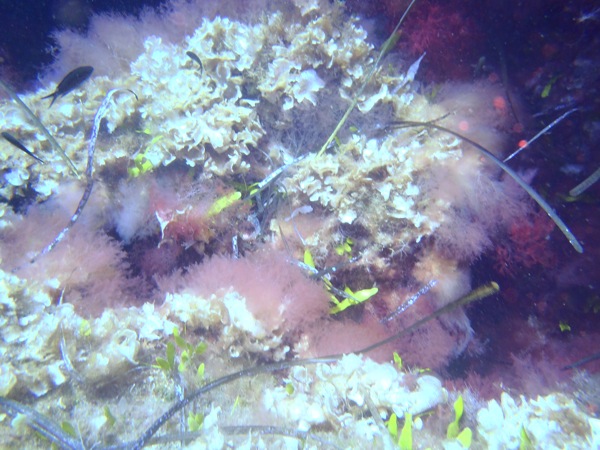 Its been a while since my let update, and that saddens me, well it would if i wasn’t doing what I’m doing and telling you all about it. Where to start? Since my last exploits, I’ve been under the sea doing some search and recovery tasks for my speciality dives, Only two more dives and i become qualified as a Master SCUBA diver (Not to be confused with Master Diver, Thats the course I’m on at the moment) It means i have five specialities under my belt (so to say) one is my Peak Performance Buoyancy (that means i can float UNDER water, a neat trick if you can get it right), Two is my Deep dive spec, (which mean i am allowed to dive to 40 meters,(I know BSAC can dive to 50 meters, but I’m not BSAC and i can’t imagine why i would want to dive that deep, its scary enough hitting 40 meters) Third is my Wreck Spec, (I have penetrated (I said penetrated) the ‘Zanobia’ with a P line into a corridor on its side, in the murky depths, with a buddy, and made it out again safely), my fourth is Underwater navigation (you might think this is easy, well it was actually, if i can’t use a compass after 15 years in the bloody Army, then i need a kicking) my fifth will be search and recovery when i finish dive 3 and 4, ill qualify for the cert above. 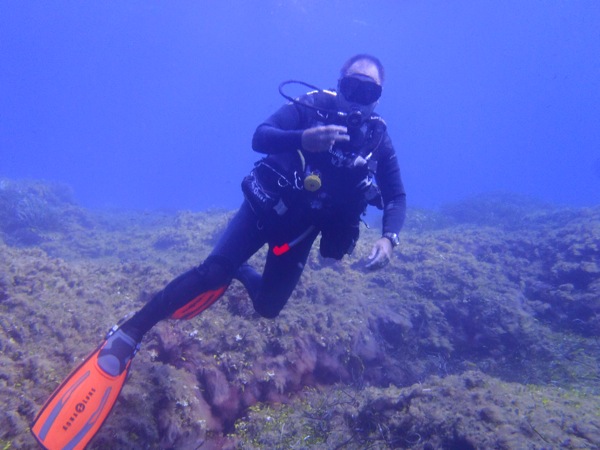 Mapping of the underwater features of ‘The Roman Wall’ gave me a hard time indeed, my buddy and i made a plan and within two minutes, that was blasted out of the water faster than the Belgrano. If people (Civilians) just listened and stuck to what is said, everything would be hunky dory. Not to worry, everything went well and we both came back. On that swim i did see the most amount of fish on the wall as i have ever seen before, Huge shoals (well, about twenty) of Sea Bream, big groups of other fish too (Im not a bloody marine biologist so i don’t know what they were), More visits to the wall with a plethora of different instructors seeing how they conduct their own lessons. Many many variations, but similar ways (If you know what i mean) I enjoyed my Saturday with a guy on his first EVER try of SCUBA, he was 71 years old and up for a challenge. It may have taken a few attempts to get him to realise you can actually breathe under water but you see, its unnatural. Honestly, think about it. We may have evolved from the seas, but that one word…”Evolved” speaks volumes. Now going back into that environment seems a bit strange, For what? well i explained to this guy (On the surface of course) that we do it for pleasure, just t see the marine life. When he got that he was a lot happier, It was just unfortunate that on the deeper dive he had trouble equalising his ears (You know, just the opposite of when you fly, you have to release the pressure in your lugs otherwise it hurts like a bastard. Because of this i took him back up and swam a shallow swim back to the entrance, (during which, he saw a shed load of fish and really enjoyed that part of the dive experience.

Another day i was directed to look after a girl who looked like she could be a bit nervous plunging her head underwater, some gentle coaxing for about 5-10 minutes and she was acting like a mermaid, completing skills including taking your breathing kit out of your mouth and staying calm. She had a little problem with the deeper dive in buoyancy, but that was all sorted and i held her hand for a while until she got to grips with it, then she seemed to enjoy the whole experience. Thats what i love, if i can help anyone (I know I’m not qualified as a Dive Master yet, but i have had the opportunity to lend a hand when its required. I also get the jobs of a DM too, Kit check, Kit hand out, cleaning the place, mopping up, tidying tables (The normal run of the mill evening tidy up jobs that some people seem to shy away from) I was shown how to sort out the tank filling too (Im friggin pleased i didn’t get a blow out (thats when the air tanks are nearly full, then decide to split an ‘O’ ring at the end, releasing ALL the pressure in there,,,,,Friggin loud as f*ck too) 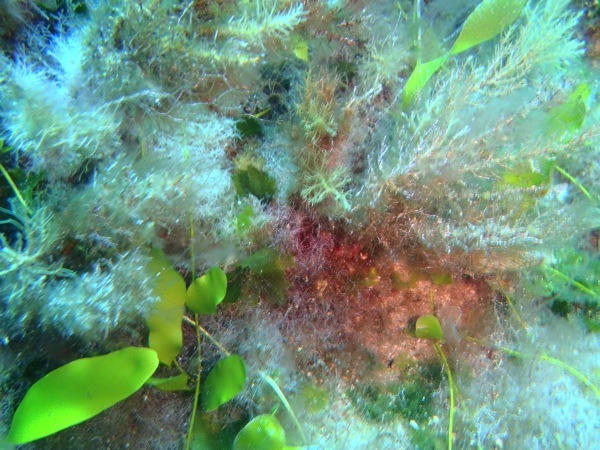 Other eves include a few DEEP dives to islands taking pictures and generally getting my dives up. Strangly though, the sea was as rough as a badgers yesterday, and i was fine. The ups and downs, the ins and outs, everything i would have choked on my on puke before with, but no, i waited. I waited until we got back into the harbour where the water was like a mirror. Not a ripple and as soon as Mick tied the boat u, i let loose with the contents of my stomach all over the place (outside the boat of course) didn’t mind that too much as one bloke had asked to be left on a peninsular while we did the second dive, and another guy (his job is claims assessor on sea wrecks) let go as we were heading back in. Couldn’t work out why i regurgitated my dinner. 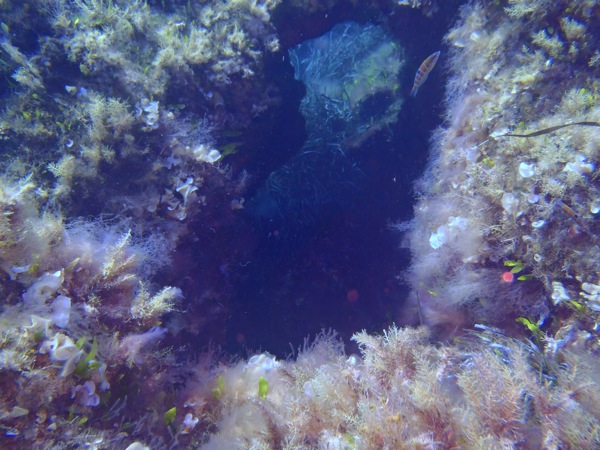 The Zanobia……The last time i was there i sucked in all my air in two gulps and scared the crap out of my instructor (Im sorry Kate) when she asked me how much air i had, i showed less than the correct amount, in fact i was in the red, i was that far in the red my need was bending around the pin that says “GET SOME MORE AIR QUICK” i stuck myself to a spare tank hanging over the boat at the surface. This time however, i had a smaller tank and because I’m frikkin awesome with breathing now (How daft does that sound?, I’m 43 and had to be taught how to breathe) but i came back with more air than enough. The first dive was laying a line on the outside of the wreck. That was cool. after this we had a normal dive, i saw what i thought was a Tuna darting in and out of the windows at the bottom, i thought i was seeing things but apparently it was a skip jack (It was beautiful, just like you se on the TV). Barracuda just sort of lazed by on my right (It was the size of me, and I’m not kidding there, i shat myself), Groupa fish (the size of alsatians) lolled about in the shadows and the amount of smaller shoals took my thoughts away.

The second dive was the confirmation of everything we learned about wreck diving. finding a good entrance and deploying a line into the wreck itself, safely with a buddy behind as you go in. Now that WAS awesome on the ‘Zen’, we got to go where not many other divers get the chance to go. Imagine crawling along the wall of an old disused abandoned corridor in a scary hotel with doors on the ceiling and floor……and fish playing around you! Pretty cool. After the exercise, we had the chance to swim through the bridge and cafeteria, (something i really didn’t get the chance to do last time as i loved air too much) 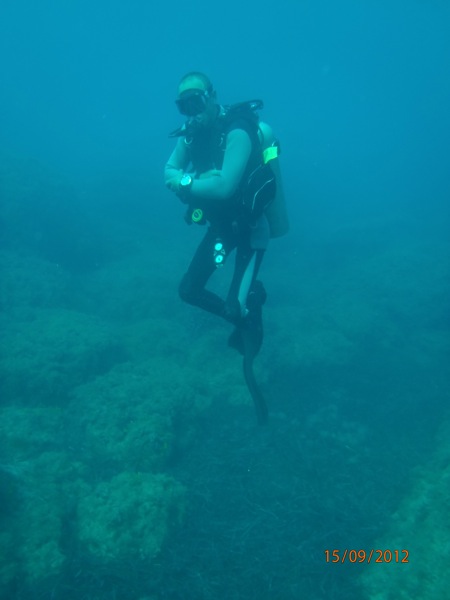 My Dive Master training has started already, and i was asked to do a boat briefing yesterday, i kindly declined the offer as i hadn’t got a clue about it really (I must look at my notes) I also know I’m going to face my Nemesis soon, the swim for 400 meters with NO kit. Ive tried to swim with no flippers on and i realise I’m a brick (I said Brick) i may get the minimum score for that one :o( 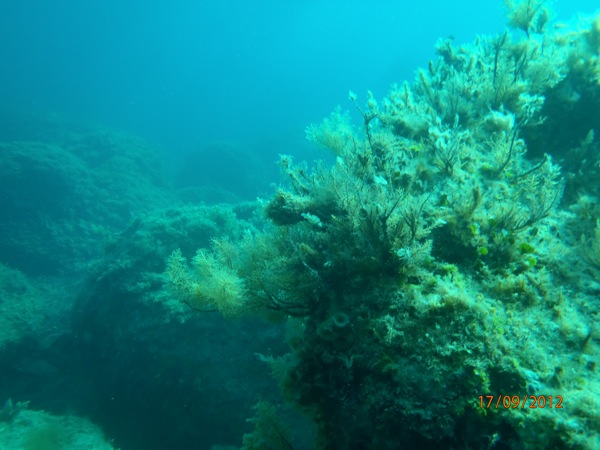 Anyway, i promise i won’t be as long to write about my exploits again (Oh OK ill try not to be, but as i am getting three dives in a day, by the time i get back to my place I’m shagged) I will endeavour to let this Blog flourish with the pictures and missives wherever i end up but for now, its all about the diving in Cyprus X

For my friends and family, wherever I may roam X

One thought on “Lying close to you feeling your heart beating and I’m wondering what you’re dreaming.”