Only the hardened 80s fan will get this one….

Priceless, pure unadulterated genius. If I hadn’t been in the cafe stuffing my face with poached egg on toast I would have missed it, more about that later. This morning started with an alarm call at some ungodly hour , (and im not diving until later) so I went back to bed for a little kip. Travelling back to the dive centre I found several different routes which take me miles out of my way, (but like some of the dives, they are interesting in their own rights) today I knew I was on a boat, so tablets taken in time and I was set 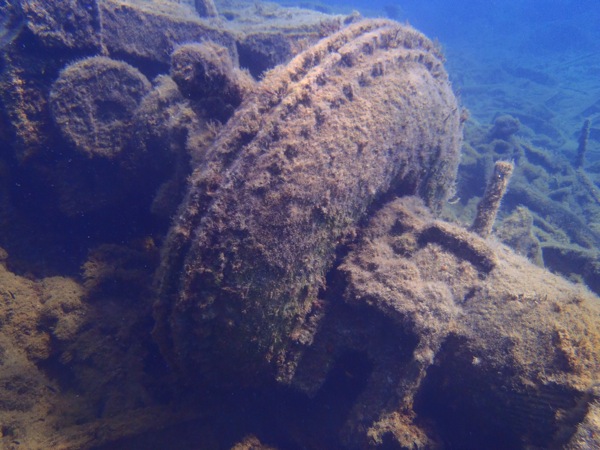 Going out I was given the brief on what I was going to do Adele was given hers and all was set.Mick the instructor ran off the boat to a dustbin and brought back an empty bottle for a depth experiment …… Now we were ready!  Defending down the guide line, in a bit of a currant was fun (as usual I was buffeted like a flag) down to the drop off zone, letting go of the line just felt natural. At the bottom we were given our task(swim out on a given bearing so many fin kicks,( turn around and back again) not hard! Well I set off and quickly realised my fin kicks were a bit strong as I left my buddy behind. I stopped at twenty and turned slowly (just to make it look like I waited for her, but not waiting for her( if you know what I mean)  once back at muck. She did her navex. 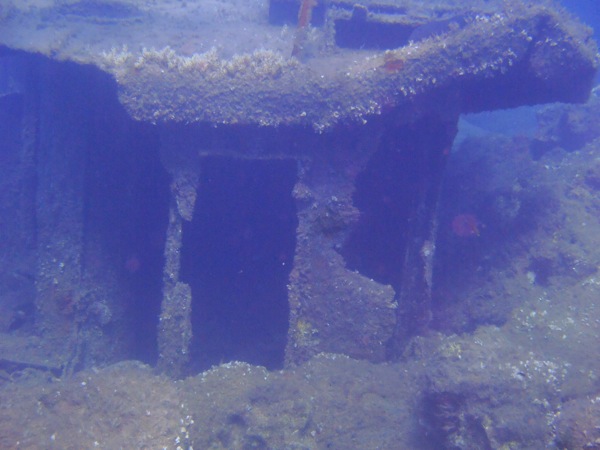 Out came the bottle that had been taken from the bin and lo and behold it was crushed! (pressure eh!!!) next the neoprene and finally the face mask! To be honest, I wasn’t surprised at all as I was an engineer for 15 years and taught secondary school physics! But it was cool! The dive went well then the ascent looked a bit daunting, no touching the line, my biggest worry was the five meter safety stop. Happily that was a POP and everything ended well. Back I the boat, no sickness, (I have two boat dives this afternoon, so I won’t be too smug just yet) 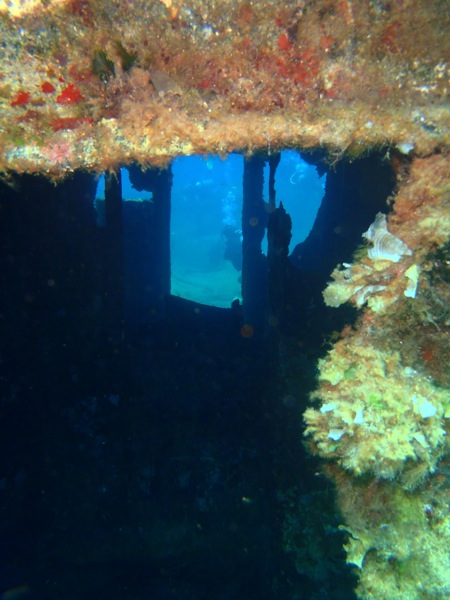 Now I’m having lunch and the people at the table next to me have just ordered the biggest plate of fatty food you can get, fish, chips, bread covered in margarine, everything cooked in LARD but they just told the waitress to make sure they get diet cokes!!!!!!!! Priceless.

So I’ve continued after the afternoon dives, I really should let the pictures do the talking and all ill say is that the first dive on the ‘Vera “K” was as good as hey say. I was told it looks strange just lying in a crater in bits, and believe me, it does. You can see the prop shaft still attached to the engine. The second die was more a horticultural and sea dwelling creatures affair, But as i say, ill let the pics talk.

For my friends and family wherever you may wander X