Max respect if you get this one without google.

Day two of my underwater odyssey, Donning the wetsuit is becoming second mature now (Im starting to REALLY like the feel (Is that bad?)) Into the same area as i was in a few days ago on my adventure dive apart from the entry which was by walking in rather than falling in from the slippery steps. Once again the old salty sea water played havoc with my lips. I really should have put my snorkel or breathy thing from my tanks in before it got too deep. Anyway, I was again buddied up with the instructor (Genna) the Cloggy! i had to help the other cloggy put his flippers on (I know its fins,but i don’t care) because he was a bit floaty. Now i don’t know how you civilians operate, but if i helped you on with your shoes, would you expect me to lace them up? Well this buffoon lost a flipper out in the deeper dive and blamed me for not tightening the (It’s not me is it, really, is it?)

Getting around to the dive sight we followed a line down and i didn’t have a problem with the pressure (Blowing into a pinched nose helped) once we were down to level the skills section started, a few dodgy ones ( a mask fill (contacts in, eyes closed I’m not losing those buggers again)) and a few breathy hose finds (you know what i mean) and a bit of a play around for a while.  The most thickest part (Yes i said that) was taking off your weights, now you would think that it would be OK as they have been pulling you down, but no. Inflate your jacket lose the weight and as soon as you have them in one hand you tip over to that side. With no snorkel or regulator in (I wasn’t expecting to turn turtle) I nearly drowned myself (Again)…Its dangerous this stuff you know. So as i fought with my wayward weight belt, i decided to take the chance and just drop it. Thank christ it landed on a rock two feet below me.

As i said earlier, the weights pull you down, so now i wasn’t being pulled, and the jacket keeps you up. Call me Mr Cork!!!! I had to get my stuff from the rock so i took the plunge (Literally) i dived with all my might (all of two feet) and lodged my fins and knees against and under rocks to anchor myself. Honestly, i must have looked like i was wrestling a sea snake. Eventually i got he belt on and stood up straight, and the bugger fell straight down my legs (Now i looked like a good time girl with her knickers around her ankles) with a small currant and my ankles tied together i may as well have been a corpse thrown overboard! somehow i managed to struggle into my belt properly and the instructor turned and asked if i was finished and every thing was ok. Of course it was (outwardly i was the picture of SCUBA perfection, inwardly i wanted to be a mermaid and get rid of all this clobber and just swim away)

Final exam in the afternoon, i wasn’t expecting miracles but before the test, we were shown how to use dive charts, well i may as well been stabbed in the eyes with a pencil as they meant (and still don’t) bugger all to me. I couldn’t get my head around the numbers letters and two sided chart things!!!! It didn’t matter as i passed the exam with only 5 questions wrong, two stupid mistakes and three crappy maths cock ups. When Genna handed the sheets back, she told me i had passed but did i wan to review my wrong answers (Now I’m a soldier at heart here) I actually said thanks, but poke it and put my stuff away. She genuinely looked upset, i genuinely said “Fu*k it, I’ve passed. What do i care?” 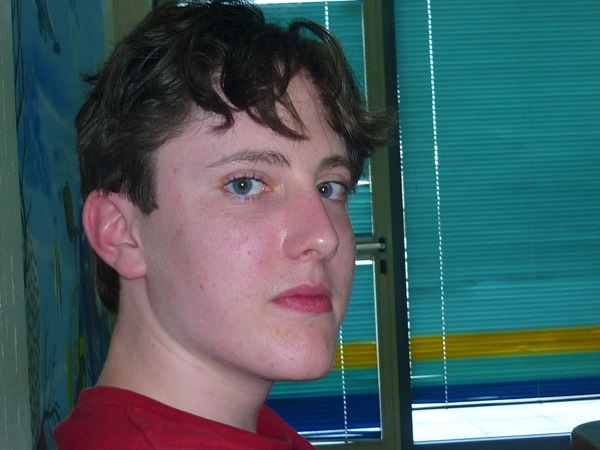 Dinner tonight with Gareth and Nikkie was a strange affair, with those two being all husband and wife like,but before that i was asked to take Granny Smith (thats my Apple mac) to the hotel as i would be taught how to do stuff. Well this took over an hour and during this time i think i may have fallen asleep at one point as i didn’t have a clue what Gareth was on about (sorry mate) So to the Marina and the funniest starter i have ever seen in my life. I suppose you can’t complain if you get what you ask for, but i think this was taking the Michael. (He asked for  Grilled Hallumi) 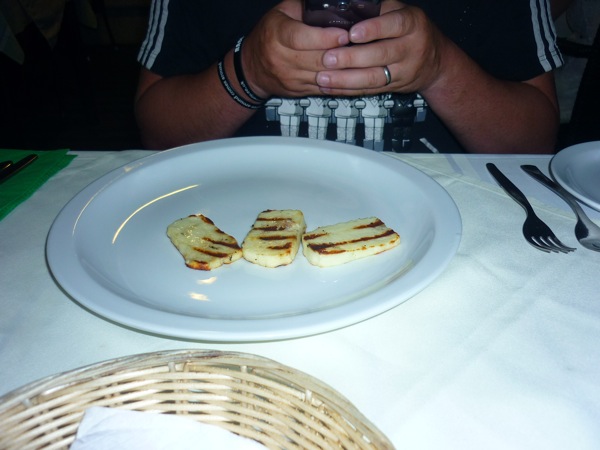 Anyway, it’s been a great day today, swimming in the sea, playing in the sea and dining with two people dafter than me. (yes i went there you two x)

For ALL of my mates (wherever you are) X

One thought on “Believing is the answer, the answer to all your fears.”