Todays blog is mainly about tonight, but throughout the day it was all about the castle. As i haven’t been to the castle yet on my odyssey i found time this morning/ afternoon to pay the €1.70 to drag my sorry arse up the wooden stairs and look out across the harbour. It wasn’t as bad a s i thought it would be with some pretty interesting views and a bit of history thrown in. Not too much mind, i was still suffering from the night before , A little bit of history also made it into my pocket as a small fraction of castle wall fell into my hand as i wrestled it away from its home in a hidden away part of a stone wall.

As my friends were staying at the ‘Elysium’ (voted the BEST hotel in the world, 2006) they told us about an invite only party on the beach. I had heard about this earlier on through the week but didn’t think it would be as good as advertised……..it was better. Once the price of admission had been bartered upon, the steps lead down to the sands. on the way, i noticed the rocks heading out to sea had been covered in lanterns, and the walkways bedecked in the same manner. lit candles on sticks (the kind you have in your posh garden centres lit the way to the beach bar (FREEEEEE) and tun onto the double seated bed affaires (a little like four posters in the sand) 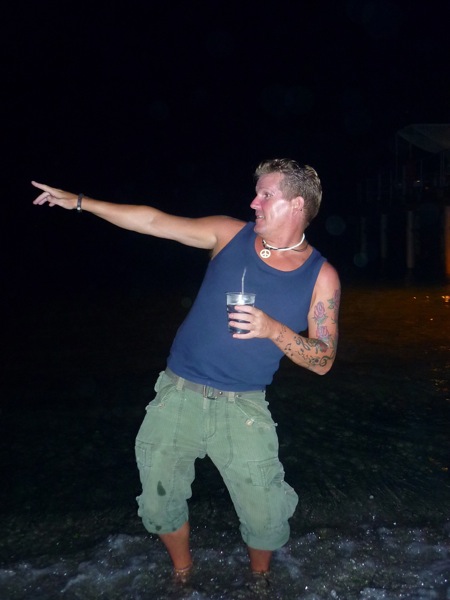 FREEEEEEE drinks abounded all night and I’m sure we more than made up for the entrance fee. The only fly in our very alcoholic ointment were the addition of kids at the function. We did however use this to our advantage as the derision cast towards the held our humour for quite some time. Eventually we were lubricated enough to enter the sea. Nikkie (with her leg cast aside after the meal (The restaurant i took them to was acclaimed as the best in Paphos for the local cuisine (and by christ it was) not everyone finished their plate but i did and the price wasn’t too shabby either) so she hopped whilst Gareth and myself did exactly the same linking arms, the three of us made it into the sea……Then we scuppered ourselves on rocks. Nobody said there would be bloody rocks.

After an age splashing about like loons we came out and continued the drinking. Then back in then back out. Oddly enough, NOBODY wanted to join us, not even the brother and sister combo (well it must have been otherwise he was punching WAY above his weight) eventually the alcohol god of stupidity took over and we went fr a long plodge out to the depths (drunk as the sea god Poseidon (He must have been constantly trashed with all that tail to chase) dancing with sticks (then we knocked the fire sticks from the land) we looked like a trio of Druids acting out an ancient custom to the god of idiots) 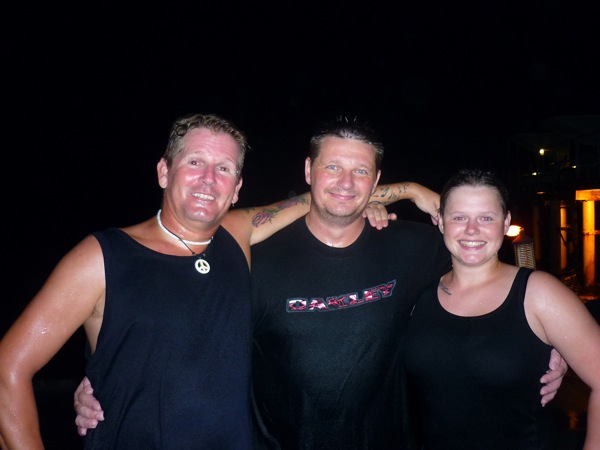 Fire dancers, (fires in the face) sibling dating, kid abuse and alcohol consumption just about sums up the night (with the occasional ritualistic dance to boot) it was fantastic, right to the point where i am now sitting in a pair f Nikkie’s shorts and a t shirt from Gareth because WE KNEW the taxi driver would get the hump if i travelled in his taxi dripping with the Med and smelling f sea weed. 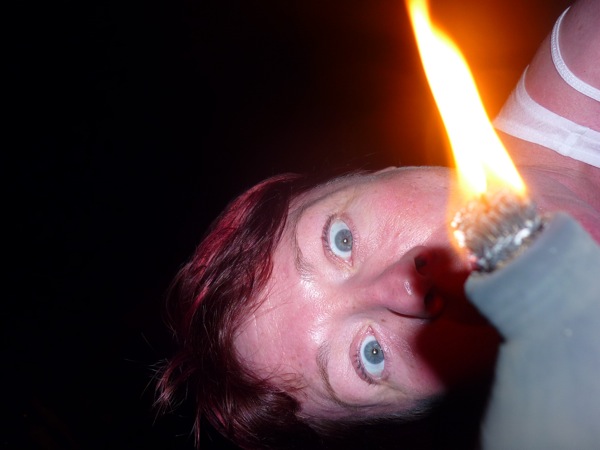