How many will get this one?

I was informed last night that work today had been binned. Apparently the guys that i was supposed to be working for had been ordered off the property as the Brit THEY were fitting the windows for.Because of the quality of building work on the island, the window holes were never going to be perfect rectangles (Or window shaped) whatever you fancy. So the guys had fitted the ones ordered and proceeded to make good the extra holes in and around the frame (Again, not their fault),So the client (as I said, a Brit (and extremely effeminate to boot)) This shouldn’t be an issue, but you can imagine the tantrum pulled by an old queen!! So i had a spare (I’m beginning to get a few of these lately and not liking it at all)

My first act was to get myself sorted and go into town to sort my insurance and pay my internet bill.All paperwork collated and i was set for the off. A panicked phone call later about a spider he size of an elephant and i grabbed my camera and went straight to Jase and Caz’s place. Coffee in hand Jase brought out ‘Harry” the spider in a jar. He was huge. Apparently it is known as a Cyprus Tarantula (or a wolf spider) Apart from the camel spiders in the desert and the ones on TV, this badger was the biggest thing I’ve seen in years. Caz wasn’t happy with it being in the house so i was asked to dispose of it. The jar just fit into my cup holder and i headed out into the wilderness.

I had heard of a hill, or slope in the mountains that runs backwards, you know the sort. An optical illusion where water seems to run uphill. Well,  i had an idea where it was so as Bob happily chugged up the mountains, i became increasingly aware that Harry wasn’t happy as he was jumping all over the inside of the jar, and the heat was becoming unbearable as i ascended. Finding a spot named “Panorama” I assumed that it would cast a beautiful sight. heading down a bleeding dirt track with 300 feet drops at every corner i became a tad scared if i must say so myself. I had to stop as this road was going nowhere. I did however take a few pictures and decided to release Harry. Gingerly unscrewing the top (Being extra EXTRA careful not to bugger the process up, i gently placed the jar on the ground upside down waiting for gravity to take control. It didn’t! S i got back in my car armed with a couple of stones and threw the first one. Dislodging the jar from the rocks it toppled over and i saw the spider cling onto the inside, refusing to come out. The second stone scuffed the side and Harry eventually stepped onto his new home (The top of  mountain) I left.

After driving for a little while longer, my joviality of finding a backwards hill wavered, so i turned around and gunned Bob back down the mountain, wary of brake fade, i screeched around the bends taking the Stig’s  line. Eventually i made it to see level and headed into the marina for a well earned coke. My new camera got a good airing today but i suppose it can only be taken out when i KNOW I’m going to use it as it seems a little large to carry around my neck (just in case) so i powered up the old Lumix and kept it in my pocket.

My tattooist was in when i visited to get the “Rose garden” touched up and i think he did a pretty good job with the second coat. Eventually the arm will be covered and ill be happy with the ink. Today was a cool day (Not weather wise) Me and Bob did a tour of the high grounds, I released a predator into the wild and i got my flowers sorted. Lets see what tomorrow brings (I might head East to “Aphrodite’s Rock”, you never know. 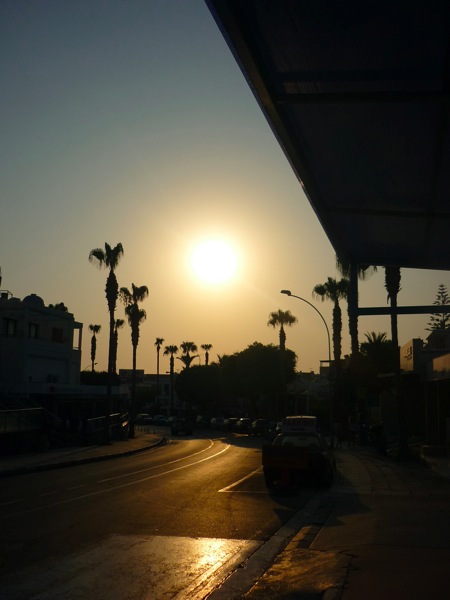 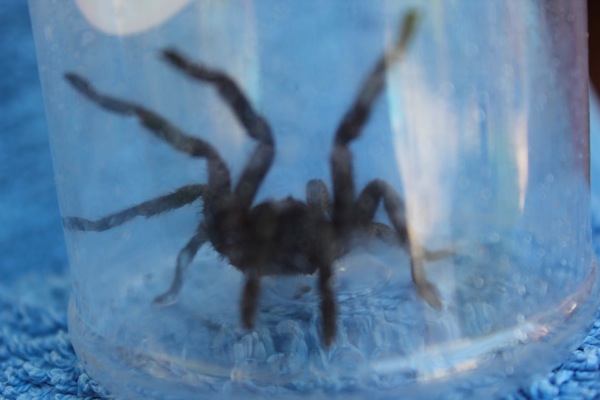