Except this morning, i was introduced to a sight that i haven’t seen in weeks,,,, clouds, the whole sky was filled with one thick layer of cloud. The temperature was fantastic, i couldn’t burn, or sweat. so with a happy heart, i got out of bed (well off the couch because it was far to hot to go to bed last night) and looked at the clock. Bollocks, still only 0530, so off to bed for and hour and a half with the fan wafting semi cool air over me. As the alarm went off at 0715, i was still bemused by the cloud cover (this was going to be a good day) breakfast and shower and i was outside (after watering my next door neighbours plant). The guy i was working with was already there, so i just got into his car  and thought about what tunes i would listen to whilst i painted. Unfortunately i was greeted with the news that the bloke who owned the house had let it out for the week. The holiday makers had arrived last night and were not up for the early morning call! I wasn’t really too worried as the actual owner isn’t back until August, so i have plenty time to complete the ONE wall left to do!

So what to do with my spare day? calling on Jay, he had nothing to do, so a brew and a chat and i was gone. unfortunately (again) the cloud cover rapidly disappeared and the sun broke out with a vengeance! My plan was to go into town and do a bit of shopping (fancied cooking) walking along the front looking for the appropriate shop, i noticed that an angling competition was under way. I stood and lost interest after about 7 seconds and watched a couple of butch lesbians walk hand in hand around the harbour ( i was tempted to take a picture, but discretion and everything), I even took the plunge and walked in the Med. it was my first time there and i nearly sank in the friggin quick sand.

A coke at the Rose and a slow walk around the supermarket netted me some chicken and stuff! 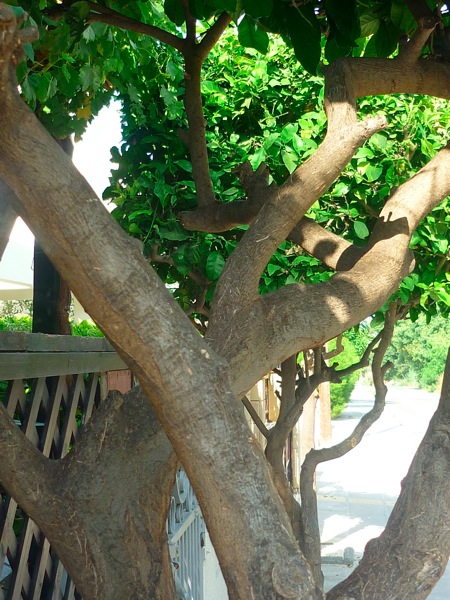 Putting the cooker on in this heat is a stupid idea, but i just wanted to cook something (I’m going to have to if I’m going to be here for a while) garlic, ginger, onion, oil, chicken sorted, pasta ready to boil and the rest of the ingredients ready to put together, i made a sort of fusion between Italian and Chinese (quite nice actually, with some still left) as i had all the prep done first, i decided to take a plunge in the pool, i haven’t been in there yet so i didn’t know if it was going to be cold or what. It was lovely, i had an hour and a bit just swanning around enjoying the fact i was no longer hot and sweaty. Once back in the apartment and dried off, i made me dinner and nice it was too!

TV time and all i could be bothered with was ‘More 4″ and “Jamie’s 30 min meals” i hate the mockney cockney, but he held my interest as the food he was cooking looked quite nice!!!!  oh well, Top Gear and evening entertainment to follow and i really haven’t a clue whats happening tomorrow regarding work! but I’m sure ill see.