Not the usual start to my wanderings tonight, i want t start with what is actually happening right in front of me right now. Im in my Bar/Cafe for my normal nocturnal  nuances and there seems to be the equivalent of the X factor, except there is only one act, and its bloody good i must say. two guys a sitar type affair and a keyboard thing attached to a laptop. playing all the sort of music you would hear on Eurovision. The amazing thing is that they have the crowd (a your crowd at that) in the palms of they’re hands. getting up one at a time to dance some local squad die two step. If i can upload film on here i will.(not the best quality, but the camera is sitting on me Jack glass( very precarious)) lol.

My usual welcome of crisps, carrots and cucumber in some sort of liquid ws ready for me walking in. i think the buxom arm aid was hopping i would turn up to advertise the night on here !!!! I have to admit, the atmosphere in this place is really good, people enjoying the music and the company of each other. this is a new part of night life for me here, a one i will hope to encounter on many numerous times in the future. unfortunately the owner has just popped in and closed the big sliding doors so as to keep the noise inside,, bugger!

As i tried to wrack my brains before as to what i had actually done today, i realised that i had fallen into the local way of life and had actually lost track of time!! not good when you are writing a daily blog about the exploits of the lone traveller, so ill try and recreate as much as i possibly can, AND add my thoughts about local life here.

It was bloody hot today, too hot nearly, the welcome respite from the sun as i passed under palm trees or under canopies set out for diners was as welcome as a kebab to a p””” head, talking of kebabs, mine is sitting in my room waiting my return from this blog to devour as I’m STARVING.  I decided to go with the factor 6 and take my shirt off for once, hell yeah, i got my tan on full time today and the fact that a car full of young ladies passed by me and honked the horn AND shouted at me raised my game a little more than usual. My chest puffed out and belly sucked in i positively strutted down the road to the beat of ‘Staying Alive’ now that one incident would be good enough for a 43 year old, but later on two young girls (about 25) walked passed me and smiled the smile that every man knows as the ‘She wants me” smile!, guys you all know the smile.

As for the rest of the day, it all sort of blurred into one long Strut, a dinner of seafood and mojitos satiated my hunger at that time and i took in the wonderful vista of sunburnt British females pushing prams whilst smoking Tabs and lusting after beer bellied tattooed Neanderthals form the north, I shouldn’t really generalise, but they were.

my evening was spent in the company of Jase, Caz,Alan and Pat, with Ray and Sue, Alan’s brother and sister in law, nothing strange there, except i was in the Queen Vic playing Bingo, and I won, and Jase won and Caz won and Pat won and Alan won and Sue won, but Ray didn’t, he shouted, but didn’t win. that made for a happy table. On that note, i was taken for my first look at ‘Bar Street”, the closest Paphos has to Ibiza, i must admit it looked lovely, but all i was interested in was my kebab, and within three minutes, some drunk guy j=had fallen off his mate’s back and landed with such a crack t the back of his head. (guaranteed to be British)

So now i find myself out in the night with the melodic tons of Cypriot live music wafting fro the double glassed sliding doors I’ve been put behind, Not to worry, the sight of the dancers is good enough to keep me satisfied until me next Jack hits the table.

Free advert for FEAR NAUGHT to follow. (More news on that coming up) 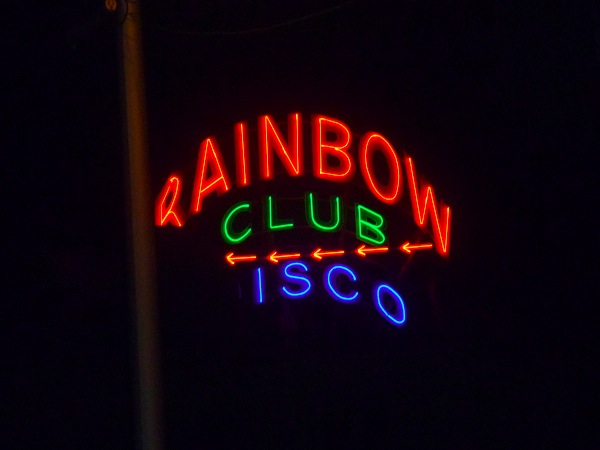 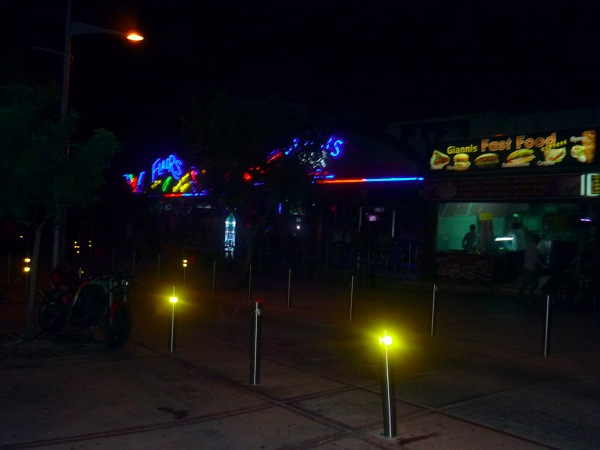 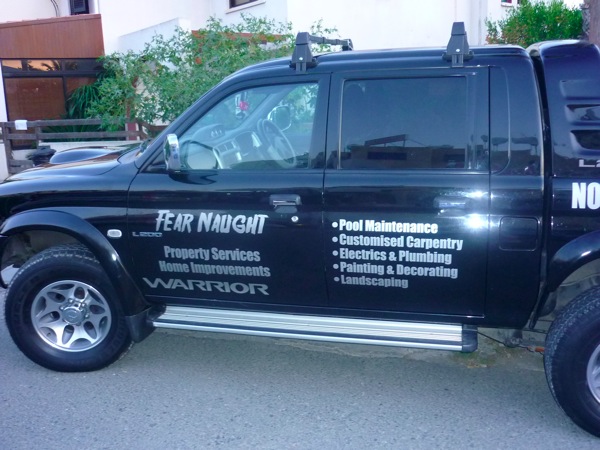